As planned, Apple CEO Tim Cook arrived in Beijing on Monday for his latest visit to China, where the iPhone maker has experienced a turbulent few months. Earlier today, he caught a ride using Didi Chuxing, the Chinese ride-sharing service that Apple just invested $1 billion in, alongside the Uber rival's president Jean Liu. 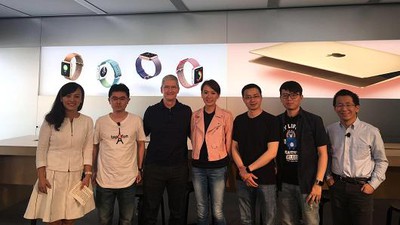 Cook meets with Liu, left, and developers at an Apple Store in Beijing (Image: CNBC)
While an earlier report said Cook plans to meet with senior Chinese government officials to discuss a range of issues, including iBooks and iTunes Movies store closures and a recent patent dispute, the CEO has thus far met with App Store developers at an Apple Store in Beijing for a seminar hosted by Liu, per CNBC.

Cook, who shared photos of his visit on Twitter and Weibo, understands the importance of Apple maintaining a positive image in China.

Greater China, including Taiwan and Hong Kong, is Apple's second largest market by revenue after the U.S. Last month, the iPhone maker reported that sales dropped 26 percent in the region in the second quarter, primarily due to declining iPhone sales as China's smartphone market becomes increasingly saturated.

Cook has made similar visits to Beijing to meet with Chinese officials, carrier partners, and customers in both 2012 and 2014.

iLoveDeveloping
Anyone else have a bad feeling Tim is just ending up being another John Scully.. They kinda think the same, even something as simple as the iPhone 6 & S fragmentation shows just how he thinks. It's not right, it's about simplicity Tim, zen, not profit margins and split product lines. Someone like Tim Cook can never keep Apple going the way it should be, he's a suit, not a Jobs.
Score: 20 Votes (Like | Disagree)

SDAVE
The beginning of the end of Apple.

Tim Cook brought us... an iWatch-Pod-Phone. And a ... nothing else.

What do you mean nothing else? Do all those fancy watch bands mean nothing to you?
Score: 11 Votes (Like | Disagree)

The beginning of the end of Apple. 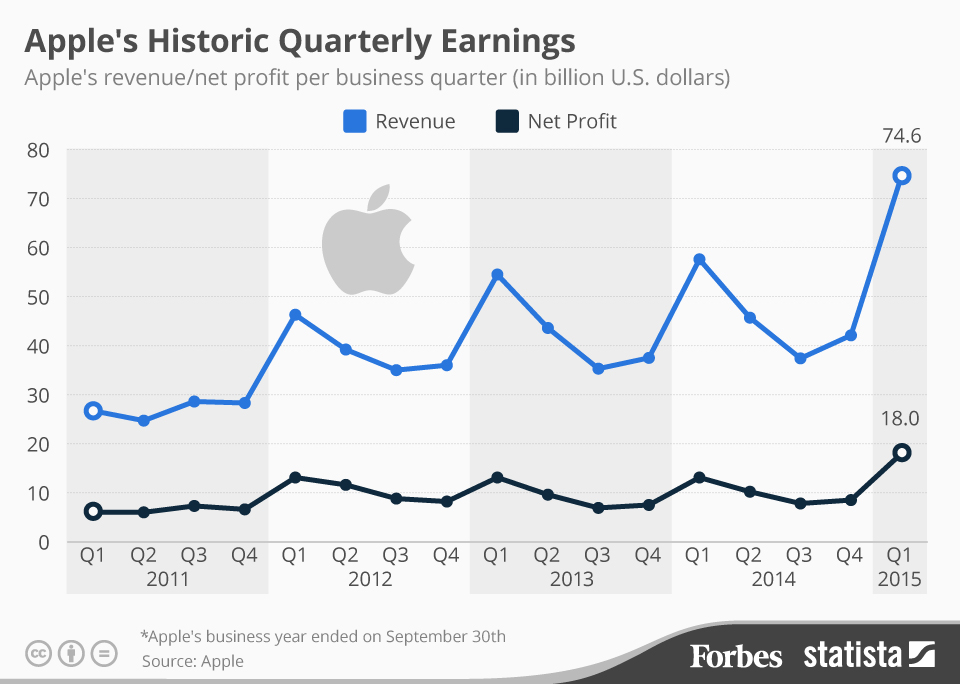 That's not the point. Those profit margins will fall dramatically and Apple will decline as a company and/or possibly move to a backseat-type of a company, maybe moving into electric automobiles....things that other companies like Tesla are already doing very successfully.

The point is, Steve was one of those guys at the top of a huge company telling people that this sucks, or this is good, release that, etc. He knew what people needed/wanted before anyone else.

Like I said, Tim is a numbers guy. He sees numbers go up in an area and puts more into that category so they can make more money. He is Steve's protege since 1997 after all.

Apple relies 70% of their profits on iOS devices and that will decline due to democratization of mobile devices. All mobile devices look the same now and have similar functions. Chinese manufacturers like Xiaomi are closing that gap as well, especially in the "Affordable premium" mobile devices.

Apple needs a new leader, Tim is, like I said, a numbers guy and wants to please the board and stockholders.

Apple, historically, did well when it broke new product lines. Some were good, some were bad. That's what kept Steve going, in my opinion. He took big risks.

The Apple Watch is not a huge risk, and I bet you that was even a project on the back burner that Steve worked on.

The decline of Mac sales and iOS sales is a sure sign of an end to an era.
Score: 8 Votes (Like | Disagree)
Read All Comments