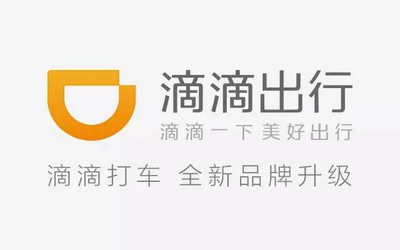 "We are making the investment for a number of strategic reasons, including a chance to learn more about certain segments of the China market," he said. "Of course, we believe it will deliver a strong return for our invested capital over time as well."

Didi Chuxing, which has raised several billion dollars in funding, says the investment from Apple is the largest it's ever received. Didi Chuxing dominates the ride-sharing market in China, completing more than 11 million rides a day and owning 87 percent of the market in the country.

Although Apple has hired many employees in recent months with automotive backgrounds, likely for its secretive Apple Car project codenamed Project Titan, Cook insists Apple is currently focused on the in-car experience. However, he did not deny what the future may have in store for a potential Apple Car. "That is what we do today in the car business," he told Reuters. "So we will have to see what the future holds."

Cook also used the deal to underline Apple's confidence in the market, saying that it reflects the company's "continued confidence in the long term in China's economy." Apple's sales fell 26 percent in Greater China in the second quarter of 2016, causing Carl Icahn to sell his full stake in the company. Apple was also recently forced to take down its iTunes Movies and iBooks stores in the country. Cook will visit China and meet with government officials this month.

isomorphic
Is this essentially a bribe to Chinese regulators? That is, look, we're invested in Chinese companies, let us play in this market?
Score: 33 Votes (Like | Disagree)

kingofwale
how is investing money in a company helps you understand Chinese Market (a company they have no controlling ability in)?? it's like me saying I saw Brazil soccer match and it helps me understand Brazilian politics better.

Whatever you are smoking Cook, stop it
Score: 22 Votes (Like | Disagree)

Norcal.
It makes sense from a financial standpoint, once self driving cars take off these companies will explode.
Score: 17 Votes (Like | Disagree)

how is investing money in a company helps you understand Chinese Market (a company they have no controlling ability in)?? it's like me saying I saw Brazil soccer match and it helps me understand Brazilian politics better.

I don't think this analogy works.
Score: 15 Votes (Like | Disagree)

Didi Chuxing! Sounds like a cash register ringing up the sales.

Good one, Tim.
Score: 14 Votes (Like | Disagree)
Read All Comments

Thursday July 9, 2020 10:14 am PDT by Juli Clover
Apple today seeded the first public betas of upcoming iOS and iPadOS 14 updates to its public beta testing group, two weeks after first providing the updates to developers after the WWDC keynote and a day after seeding the second developer betas. Public beta testers who have signed up for Apple's beta testing program can download the iOS/‌iPadOS‌ 14 updates over the air after installing ...
Read Full Article • 163 comments