Google is working on a standalone hardware device that will integrate the company's search and voice assistant technology, reports Recode.

According to sources, the product is said to be similar to Google's smart home enabled OnHub wireless router and is set to compete against the likes of Amazon's Echo. 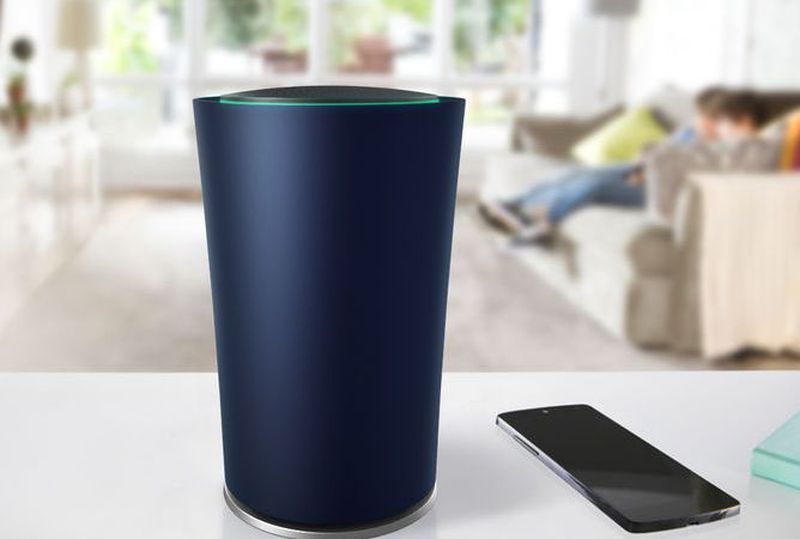 Google declined to comment on the rumor, but the project, said to be known internally as 'Chirp', is expected to be officially announced at next week's Google I/O developer conference, where voice search and intelligent personal assistance are to take center stage alongside the company's latest forays into virtual reality.

In 2014, Google acquired connected device company Nest, which reportedly had its own designs for an Echo competitor running Google's search technology, but scrapped the plans because of concerns over consumer privacy.

After launching the Echo over a year ago, Amazon announced in March two new additions to its lineup of voice-controlled smart hubs that house the company's personal assistant, Alexa.

Btw, I'm a moderator who volunteers my time, I'm not getting paid by MAcRumors and I have a right to my opinions ;)


Couple of things. I knew you to be a Mod, but you've changed your title to Staff Member. Yes, you do have a right to your opinions. I stated you know your original post to be both untrue and FUD. Your follow up post leads me to believe I was wrong in assuming you knew it was untrue. Apparently you don't. You said this:


Really, their whole business model is setup to sell user information to advertisers.

It's 100% untrue. The chart you provided? Yeah, it doesn't support what you said either. That chart shows Google's revenue is primarily ad generated. We all knew that. It does not show, nor is it an indicator of Google selling user information to advertisers. That's not me being pedantic. It just isn't true. Google does datamine. So does everyone else, including Apple. Google sells ad space to advertisers based on anonymized user data. Advertisers have no idea who you are or why their ad is placed on your screen.

fitshaced
You: Hey Chirp, please provide all my personal details to every retail company on the planet.

Chirp: I'm sorry I didn't quite catch that.

You: I said plea-

Btw, I'm a moderator who volunteers my time, I'm not getting paid by MAcRumors and I have a right to my opinions ;)

I don't know why you posted that chart. It doesn't give any proof to your claim that " their whole business model is setup to sell user information to advertisers"

I don't think anyone is arguing that Google's main business model is advertising.
Rating: 4 Votes

I didn't change my title, xenforo did.


that's why Google scans emails - to sell adds - that doesn't seem like FUD and 100% untrue to me.


Yes, Google has a program that auto scans your emails looking for keywords. But they don't have some guy in a room reading it, calling up advertisers saying "Hey, guess what maflynn ('https://forums.macrumors.com/members/maflynn.311274/') just wrote in an email? I'll tell you for $20!"

It's data mining to put relevant ads in front of you. No one sees your information except for you.
Rating: 4 Votes

You: Hey Chirp, please provide all my personal details to every retail company on the planet.

Chirp: I'm sorry I didn't quite catch that.

You: I said plea-


Lol, right?
Can you imagine how much they'll be able to charge now?? *eek!*
"hey Google, I would like to advertise my product/service only to parties where the family has been talking over dinner about taking a vacation in the next 3 to 5 weeks to an island near where I'm selling my product/service".


What a bunch of FUD. There should be a pinned thread on this forum that explains what Google does and doesn't do with data. Google does not "sell" your data to anyone. Just like Apple (iAds, iTunes, etc) - they provide an exchange for advertisers to target consumers with criteria. At no time does YOUR information get handed over to an advertiser. Nor is it personally identifiable.

Some people should really research what retargeting, remarketing, and other advertising techniques before putting on a tin foil hat of ignorance.

It's not just on here. Many of my friends who don't know any better think that Facebook (for example) is following them around and that's how/why they are seeing an Ad for a product they just viewed on Amazon. No. Facebook isn't following you in this instance. Amazon likely placed a cookie on your computer and then is buying advertising on Facebook and serving up a contextual ad based on whatever item you were just looking at.
Rating: 3 Votes

AbSoluTc
There's one thing Chirp can't do... get you a pay day loan.
Rating: 3 Votes

Really, their whole business model is setup to sell user information to advertisers.

I didn't change my title, xenforo did.


that's why Google scans emails - to sell adds - that doesn't seem like FUD and 100% untrue to me.


Not just to sell ads (note ADS not personal information) - but also to speed searches up on your email. I know that when I search within my gmail for something - it pops up instantly. I can't say the same for Apple Mail.
Rating: 3 Votes

I have an Amazon Echo, and trust Amazon far more than I ever will Google and Google related device. Google does not deny they complete data it's in there Terms and Policy.

You obviously haven't read Amazon's Privacy Policy. It reads very similarly to Google's and Apples. Here it is:

To be clear, there's nothing wrong with the privacy policy from any of those companies. It's quite interesting to me that so many people think they are completely different. It's almost as if they were all written from the same boiler plate document and just changed slightly to suit each company.
Rating: 3 Votes

Chupa Chupa
The only thing creepier than Amazon monitoring your house is Google doing it. No. Thank. You. Pass.
Rating: 3 Votes
[ Read All Comments ]