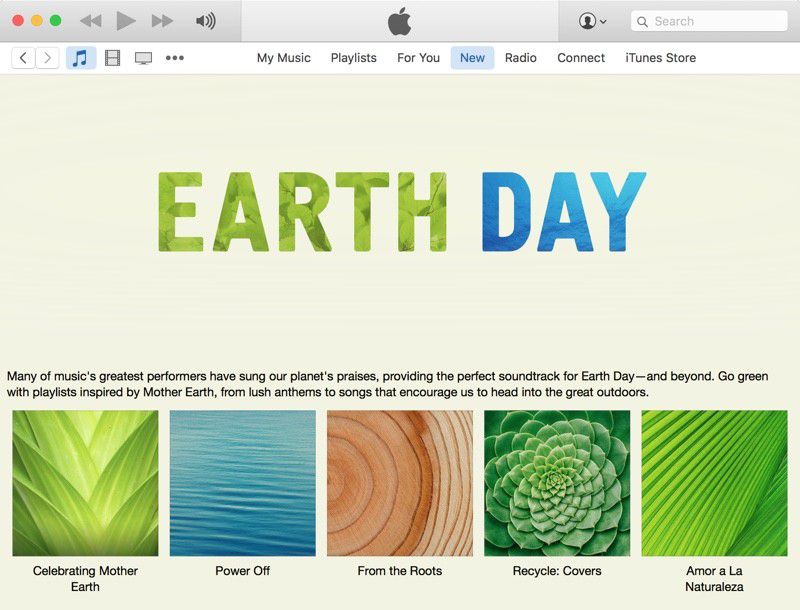 Apple is also celebrating Earth Day, which takes place on Friday, April 22, with a selection of Earth-inspired Apple Music playlists. There are five playlists available, each with a collection of 22 to 25 songs spanning a wide range of genres and musical tastes, as outlined below.

The five Earth Day Apple Music playlists are available to all Apple Music subscribers and can be found under the "New" section.

Pbrutto
I think they need to recycle iTunes for earth day and replace it with 100% post consumer suggestions
Rating: 4 Votes

Qbnkelt
Reading this thread I'm so happy I taught my kids a short phrase that they use every day, as appropriate: Thank you. 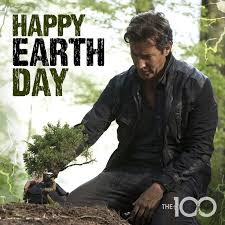 And to you! Going to the river to celebrate. National parks are free this week!!!
https://www.nps.gov/findapark/national-park-week.htm
Rating: 2 Votes

I never used iTools or Ping so it never effected me. I did use iTunes Radio daily. Thanks again Cookie.

Oh another "the world revolves around me" guy, cool!! Did you know the sun raises even if you are still asleep??

Thinking Apple or any big company for that matter is a one man show is ridiculous...
Rating: 2 Votes

mac1984user
This is laughable. I particularly like the title of this playlist: Power Off. Yeah, cuz I can turn off my iPhone to listen to it. Apple is ridiculous sometimes.
Rating: 1 Votes

TantalizedMind
Bring back iTunes Radio cheap _____. I hate you Tim.

Seriously. If there was one non-family member that I could stop from dying, I would have picked Steve.
[doublepost=1461055497][/doublepost]

I dare Apple to celebrate 420 the same way tomorrow lol.


Cypress Hill and Bob Marley will be trending soon. I love it!
Rating: 1 Votes

Seriously. If there was one non-family member that I could stop from dying, I would have picked Steve.
[doublepost=1461055497][/doublepost]

Cypress Hill and Bob Marley will be trending soon. I love it!