Following the U.S. Department of Justice's decision to dismiss its lawsuit against Apple after it managed to access the iPhone 5c of San Bernardino shooter Syed Farook, the agency announced its intention to continue on with a similar New York lawsuit where it is attempting to get Apple's help to breach an iPhone 5s used in a drug case.

In a filing this afternoon, Apple again refused to help the DOJ gain access to the device in question and asked the judge to dismiss the lawsuit, claiming the government has not proven that it has exhausted all other means of getting the data. There are specific references made to the San Bernardino case, where the FBI did manage to find another way into the iPhone without involving Apple. Via The Wall Street Journal:

"The government has utterly failed to demonstrate that the requested order is necessary to effectuate the search warrant, including that it exhausted all other avenues for recovering the information it seeks,'' Apple argued in the new filing to U.S. District Judge Margo Brodie. "Before the government demands that Apple do the work of law enforcement, the government must offer evidence that it has performed an 'exhaustive search' and that it remains unable to obtain the data it seeks without Apple's assistance.''

According to Apple, the FBI has not adequately demonstrated that the method it used to gain access to the iPhone 5c used by Syed Farook does not work on the Brooklyn iPhone 5s. Apple also argues the FBI has not proven it has consulted with the third party that helped with the San Bernardino iPhone or other third parties that could provide assistance. 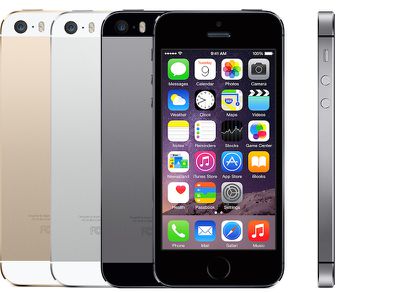 In late February, U.S. Magistrate Judge James Orenstein ruled the FBI lacked the legal authority to force Apple to breach the New York iPhone, but the U.S. Justice Department filed a formal appeal in early March in an effort to turn over the ruling, which is what Apple is responding to with today's filing.

In the New York case, which dates back to October 2015, the FBI is aiming to access data on an iPhone 5s belonging to Brooklyn drug dealer Jun Feng. While the FBI employed the help of "professional hackers" to access the iPhone 5c in the California case, FBI Director James Comey has said the method used to gain entry to that device does not work on the iPhone 5s or later.

The iPhone 5s in question is running an earlier version of iOS (iOS 7) that Apple does have the means to access, but Apple is refusing to do so after taking a stronger stance on encryption and customer privacy. While Apple can obtain data from that particular iPhone 5s, it does not have the means to do so on devices running iOS 8 or iOS 9 due to a change in its encryption methods.

zorinlynx
That's it, folks. The government is going to keep trying and trying and trying until they get their way and set a precedent, or manage to ram laws through and ruin the security of our devices forever.

They've made it clear they want to do this. I just hope we can hold things off for as long as possible.
Score: 10 Votes (Like | Disagree)

Be glad you've got our government and not one of the others.

And if we don't get pissed and up in arms with the stuff our government does do, then we will turn into the other 2-bit dictatorships.
Score: 7 Votes (Like | Disagree)

Benjamin Frost
Apple should not need to defend themselves full stop.

According to Apple, the FBI has not adequately demonstrated that the method it used to gain access to the iPhone 5c used by Syed Farook does not work on the Brooklyn iPhone 5s.

Are they trying to get the FBI to disclose the method? :)
Score: 6 Votes (Like | Disagree)

Apple should not need to defend themselves full stop.

Seriously. It's almost like the government expects Apple to allocate a whole department of resources just to help law enforcement, to sort of be their personal locksmith. But will they compensate Apple? No. They're just strong arming them.
Score: 5 Votes (Like | Disagree)

Seriously. It's almost like the government expects Apple to allocate a whole department of resources just to help law enforcement, to sort of be their personal locksmith. But will they compensate Apple? No. They're just strong arming them.

Rocketman
[doublepost=1460770441][/doublepost]The standard of conduct in law is you cannot conscript a person, natural or corporate, to do your bidding even if you pay them a fee, but espicially if you do not. Citizen rights are presumed not bestowed or granted by FEDGOV!!
Score: 4 Votes (Like | Disagree)
Read All Comments