The sixteenth annual CanSecWest security conference is underway in downtown Vancouver, British Columbia, and researchers participating in the Pwn2Own computer hacking contest have already discovered multiple vulnerabilities in OS X and the Safari web browser on the desktop. 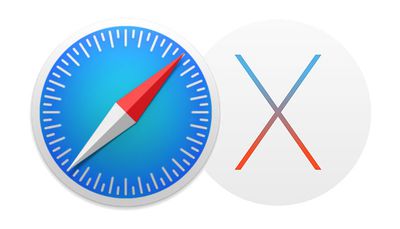 On day one of the event, independent security researcher JungHoon Lee earned $60,000 after exploiting both OS X and Safari. Lee uncovered four vulnerabilities in total, including one exploit in Safari and three other vulnerabilities within the OS X operating system, according to security firm Trend Micro.

JungHoon Lee (lokihardt): Demonstrated a successful code execution attack against Apple Safari to gain root privileges. The attack consisted of four new vulnerabilities: a use-after-free vulnerability in Safari and three additional vulnerabilities, including a heap overflow to escalate to root. This demonstration earned 10 Master of Pwn points and US$60,000.

Meanwhile, the report claims that the Tencent Security Team Shield group successfully executed code that enabled them to gain root privileges to Safari using "two use-after-free vulnerabilities," including one in Safari and the other in a "privileged process." The researchers were awarded $40,000 in prize money.

The five participating teams earned a total of $282,500 in prizes on day one, including a leading $132,500 earned by the 360Vulcan Team, according to the report. Other web browsers and plugins that were successfully targeted include Adobe Flash, Google Chrome, and Microsoft Edge on Windows.


Apple representatives have attended Pwn2Own in the past, and affected parties are made aware of all security vulnerabilities discovered during the contest in order to patch them. Pwn2Own day two began today at 9:00 a.m. Pacific and will involve additional exploit attempts against OS X and Safari.
Tags: Exploit, Security, Safari, Apple Security, OS X, Pwn2Own
70 comments

zorinlynx
This is a reminder of the reason why, even though you have a Mac, you should be careful about browsing shady websites.

Every system is exploitable, even one with a good track record like OS X. Be careful where you browse. Stay up to date on updates. This is also why I'm angered by websites that force you to turn off ad blockers; ad networks are the #1 source of malware there is.
Score: 24 Votes (Like | Disagree)

this is more than one day's work.
Score: 19 Votes (Like | Disagree)

This is a reminder of the reason why, even though you have a Mac, you should be careful about browsing shady websites.

Every system is exploitable, even one with a good track record like OS X. Be careful where you browse. Stay up to date on updates. This is also why I'm angered by websites that force you to turn off ad blockers; ad networks are the #1 source of malware there is.

I wonder if Apple could use this in their FBI case. "Um guys... you want us to create a back door, there's contests that reward people for breaking the code. Imagine if they KNEW there was a back door and they just needed to find it."
Score: 9 Votes (Like | Disagree)

Goatllama
"Attempts to compromise Adobe Flash player were confounded when its doors were found to be completely open..." ;)
Score: 8 Votes (Like | Disagree)

2457282
Was the FBI in attendance taking notes?
Score: 4 Votes (Like | Disagree)
Read All Comments