Amid rumors suggesting the larger-screened iPhone 7 Plus will be differentiated from the iPhone 7 with a dual-lens camera system, multiple images depicting a dual-camera part that could be used in the device have surfaced. 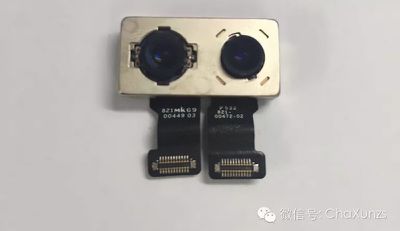 Image via Chuansong
All of the images appear to depict the same camera module, featuring a dual-lens setup with a narrower lens in a larger enclosure on the left and a wider lens in a smaller enclosure on the right, along with two cables that would allow it to attach to the logic board of an electronic device.

Image via Weibo
Because images of the module first started showing up in January, it might be easy to dismiss it as a part for another smartphone, but January is also the month we got our first look at an alleged iPhone 7 backlight component, suggesting early parts have perhaps been in production for several months already.

We can't confirm this is a component that will be used in the iPhone 7 Plus, but in addition to lining up with dual-camera rumors, it is labeled with an "821" part number, which Apple has used in the past. With rumors suggesting Apple has been experimenting with dual-camera modules from several manufacturers, there's a good chance this is a genuine part.

Apple's dual-lens camera system is said to take advantage of technology acquired from LinX Imaging, introducing 2-3x optical zoom capabilities for images that are clearer, brighter, and with more detail, especially in low light conditions. Apple will likely launch the iPhone 7 and 7 Plus in September of 2016.

Flow39
I really hope this is included on the smaller 4.7" 7. I also hope Apple doesn't fragment the crap out of the iPhone line by making it 7, 7 Plus, and 7 Pro. Make the feature available on all models, with the only difference being size.
Score: 29 Votes (Like | Disagree)

agsystems
Well - this Iphone 7 is looking less appealing by the minute.

A10
Dual camera (I7 plus only)
No headjack
RAM (same 2G)
LTE/WI chip (same)
Casing (removing of antenna lines)
Touch ID (same)
3d Touch (same)
Thinner (who is asking for this?) 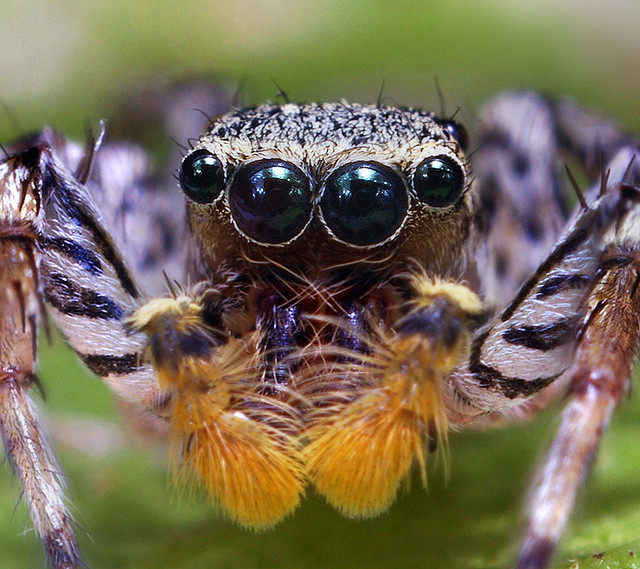 I don't think dual camera will be included in the smaller iPhones. There is just no room for it.

I'm sure Apple could fit it in the 4.7" frame if they really wanted to, especially with the massive bezels that give them about 3/4" in height. I have hope that they will, but I wouldn't be surprised if they didn't honestly.
Score: 9 Votes (Like | Disagree)

Is 16GB base storage still on the cards? :p