Apple today provided developers with the sixth beta of an upcoming 9.2 update to tvOS, the operating system that runs on the fourth-generation Apple TV and powers its built-in App Store. Today's tvOS 9.2 beta 6 update comes more than a week after Apple released the fifth beta of tvOS 9.2 and one and a half months after the release of tvOS 9.1.1, a minor update to tvOS 9.1. tvOS 9.2 has been in testing since January 11.

tvOS betas are more difficult to install than beta updates for iOS and OS X. Installing the tvOS beta requires the Apple TV to be connected to a computer with a USB-C to USB-A cable, with the software downloaded and installed via iTunes or Apple Configurator. Those who have already installed the first tvOS 9.2 betas will be able to download the sixth update over the air.

Subscribe to the MacRumors YouTube channel for more videos.
tvOS 9.2 is a significant update for the tvOS operating system and new features have been added throughout the beta testing process. It brings support for Bluetooth keyboards, allowing a keyboard to be paired to the Apple TV for text entry. Bluetooth keyboard support is a major feature that was missing from previous versions of tvOS and its addition should make it much easier to do tasks like entering passwords on the fourth-generation Apple TV.

Along with Bluetooth keyboard support, the tvOS 9.2 update introduces support for grouping apps into folders on the Home screen like on iOS devices, plus it includes a new look for the App Switcher interface and it brings support for iCloud Photo Library and Live Photos. There's an update for the Apple TV Remote firmware, adding improved motion sensor performance and support for additional sound bar and receiver hardware. 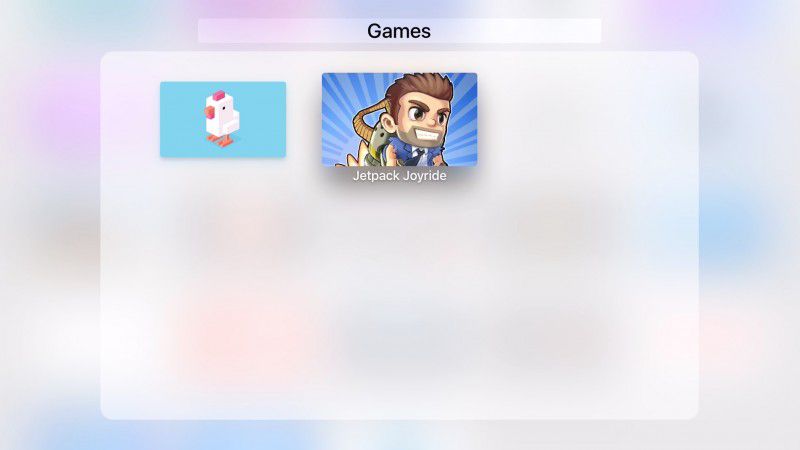 We'll update this post with any new features that are discovered in the sixth beta of tvOS 9.2, which may be the last beta we'll see. tvOS 9.2 is likely nearing the end of its beta testing period and could see a public release soon.

gruversm
Turbo: Did you download the Beta configuration file? I've had zero problems updating via OTA.
Score: 2 Votes (Like | Disagree)

I've had to install each edition of this beta manually, which is very frustrating. It does NOT appear as an OTA update under any circumstance.

They have changed how OTA beta updates work. Previously, you installed a beta version then OTA updates would be automatic. Now you have to install the beta profile file onto the device. This allows you to get onto the beta OTA initially, and then once you want to stop getting beta updates you just remove the profile.
Score: 1 Votes (Like | Disagree)
Read All Comments

Wednesday April 1, 2020 2:45 pm PDT by Juli Clover
Apple in March updated both the MacBook Air and the iPad Pro, and with the iPad Pro increasingly positioned as a computer replacement, we thought we'd compare both new machines to see how they measure up and which one might be a better buy depending on user needs. Subscribe to the MacRumors YouTube channel for more videos. We're comparing the base model 12.9-inch iPad Pro and the base model...
Read Full Article • 60 comments