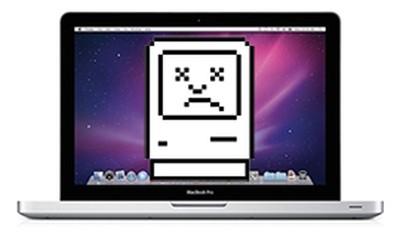 The older notebooks and server rack hardware are now classified as vintage in the United States and Turkey, and obsolete in the rest of the world, according to Apple.

Macs and other products on the vintage and obsolete list are generally no longer eligible for hardware service, but OS X El Capitan still supports many older Macs back to Mid 2007. Apple defines vintage products as those that have not been manufactured for more than five but less than seven years.

I look forward to people pointing out how powerful their 2010 Macbook is they've owned for 5 years and there is no technical reason it couldn't run the latest OS X version and Tim Cook is too greedy and and and and...

I'd like to point out how powerful my 2010 Macbook is which I've owned for 5 years. There is no technical reason it couldn't run the latest OS x. Tim Cook is too greedy and and and and...
Score: 25 Votes (Like | Disagree)

NATO
My 17inch (Early 2009) MacBook Pro doesn't feel 'obsolete', in fact with an SSD installed it performs admirably for normal use, it's just the CPU that feels a little sluggish compared to today.
Score: 22 Votes (Like | Disagree)

dannys1
I look forward to people pointing out how powerful their 2010 Macbook is they've owned for 5 years and there is no technical reason it couldn't run the latest OS X version and Tim Cook is too greedy and and and and...

I look forward to people pointing out how powerful their 2010 Macbook is they've owned for 5 years and there is no technical reason it couldn't run the latest OS X version and Tim Cook is too greedy and and and and...

Freeks
I have two 2008 MBP's that i use on music production and playing live. Knocking on wood i say that both still run fine.

Funny thing that those are officially 'obsolete'. I have played many, many live gigs with those and will play years to come as long as they work. None of my more recent MBP's come even close on reliability. And that is critical when playing music live.
Score: 10 Votes (Like | Disagree)
Read All Comments

Thursday July 9, 2020 10:14 am PDT by Juli Clover
Apple today seeded the first public betas of upcoming iOS and iPadOS 14 updates to its public beta testing group, two weeks after first providing the updates to developers after the WWDC keynote and a day after seeding the second developer betas. Public beta testers who have signed up for Apple's beta testing program can download the iOS/‌iPadOS‌ 14 updates over the air after installing ...
Read Full Article • 164 comments