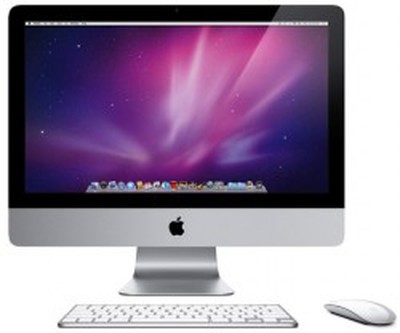 Apple has updated its vintage and obsolete products list with various older products that have not been manufactured for at least five years, including select Macs manufactured between early 2008 and late 2009, the second-generation Time Capsule and the 32GB original iPod touch.

Only the new additions are reflected below.

Macintosh products vintage in the U.S. and Turkey and obsolete in Asia-Pacific, Canada, Europe, Japan, and Latin America

mbc2237
I think it is interesting that the iPod with 32GB of storage is being listed as obsolete but here we are, still getting 16GB storage from brand new devices. I know it has been beat to death but therein lies another rub, why is this something that can even be mentioned? 5400rpm platter drives. etc.
Score: 19 Votes (Like | Disagree)

talmy
It's irritating that Apple calls "Obsolete" computers that aren't. They should support them longer than 5 years. (Yes, I know that those from 5-7 years are just "Vintage" but the effect is the same.) Technology is advancing slowly these days and there are top end Macs that are "Obsolete" but are faster than the entry systems of today.
Score: 8 Votes (Like | Disagree)

ElRojito
The amount of people talking about how well their old tech works in this thread is astounding. Of course it works. It's not like Apple is flipping a switch to power off
Your devices. They're just done making old stuff because they have lots of other products to maintain.
Score: 5 Votes (Like | Disagree)

Don't despair if you're new to the obsolete list. My iMac (my main computer) has been labeled "Obsolete" by Apple for nearly a year now and it still runs current software acceptably well. [...]

Indeed--"obsolete" (and "vintage") refer only to Apple's willingness to provide parts and service on their devices (and to allow authorized third parties to do officially do the same). It does not reflect that device's ability to function properly with current software, nor is having a "non-obsolete/vintage" item a guarantee that it will run current software, even from Apple. For example, none of the iPad models are even "vintage" yet, but not all of them support the current version of iOS (or even bug fixes for older iOS versions). On the other hand, some of the Macs that are now "vintage" or even "obsolete" still do support the latest Mac OS.

I wonder if that means the next major OS X release will have higher system requirements? They haven't raised requirements since Mountain Lion.

The "obsolete"/"vintage" designation is based entirely on when the product was last manufactured (and whether Apple wants to keep providing official parts and service for it). This doesn't mean that the next OS X release won't have higher system requirements, but this designation doesn't actually factor in to that.
Score: 4 Votes (Like | Disagree)

Do you just like living 7 years in the past or are you extremely tight with your money?

You would have to define "living in the past."
It does have a lot to do with me being tight on money, but I also know Macs really well and prefer the build of earlier machines.

My PowerMac so far only has one issue as far a limiting me (and that's only due to me not being able to open wire files with Blender). But I can contact the support desk for Autodesk and get a copy of Maya 2008 and then open my Alias Automotive files and then be fine.

None of my devices connect over 802.11ac, so my AEBS still works perfectly.

So it's not so much "living in the past" or being limited by finances as much as it has become more of not upgrading if it's unnecessary.
Score: 4 Votes (Like | Disagree)

cyberlocke
Reading this thread on a late 2008 MacBook (that's right, no pro) with 8 GB of RAM running El Capitan as my late 2009 27" i7 iMac with 12 GB or RAM (also El Capitan) keeps on chugging on the other room. Unless you're doing heavy video work, animation, or gaming that iMac is a trooper. Still works well for my wife doing graphic design. All of these computers are powerful enough to keep up with just about any media consumption / web browsing (I chalk it up to the mobile emphasis). There just hasn't been a need to keep upgrading unless you're actually a serious creator. Long live the vintage Macs!
Score: 3 Votes (Like | Disagree)
Read All Comments

Tuesday November 24, 2020 7:53 pm PST by Joe Rossignol
Apple plans to release additional MacBook models with Apple Silicon in the second half of 2021, according to analyst Ming-Chi Kuo, as part of the company's two-year transition away from Intel processors across its Mac lineup. In a research note today, obtained by MacRumors, Kuo said that these MacBook models will feature a new design. Kuo did not specify which models these will be, but he...
Read Full Article • 294 comments

Monday November 23, 2020 2:53 am PST by Tim Hardwick
Apple has announced its annual four-day shopping event, offering customers up to a $150 Apple Store gift card with the purchase of select products between Black Friday and Cyber Monday in the United States. The gift card values in the United States are as follows: $150 for 16-inch MacBook Pro $150 for 21.5-inch iMac $50 for 13-inch MacBook Pro $50 for MacBook Air $50 for iPhone SE,...
Read Full Article • 86 comments

Monday November 23, 2020 10:14 am PST by Juli Clover
Apple shuts down App Store Connect for a week around the holidays each year in an effort to give App Store staff time off from work. This year, App Store Connect will be unavailable from December 23 to December 27. With App Store Connect unavailable, Apple will not accept new apps or app updates, so all pricing changes and new app submissions need to be locked in before those dates for...
Read Full Article • 13 comments

Monday November 23, 2020 8:07 am PST by Mitchel Broussard
We've been tracking early Black Friday deals in our dedicated Black Friday Roundup, and in an effort to prepare our readers for the big shopping event we're highlighting sales store-by-store in the lead-up to November 27. Note: MacRumors is an affiliate partner with Target. When you click a link and make a purchase, we may receive a small payment, which helps us keep the site running....
Read Full Article • 18 comments

Monday November 23, 2020 3:40 pm PST by Juli Clover
Apple's M1 Macs are out in the wild now, but ahead of the holidays, you might still be trying to figure out which one to pick up, either for yourself or as a gift for someone else. We've got all three of the new Macs available, so we thought we'd give MacRumors readers a hands-on overview of each machine in our latest YouTube video. Subscribe to the MacRumors YouTube channel for more videos. ...
Read Full Article • 137 comments

Monday November 23, 2020 2:54 pm PST by Juli Clover
All of the M1 Mac models use the same M1 chip, so the upgrade options are limited to SSD storage space and RAM. We haven't seen many comparisons that demonstrate the difference between a machine with 8GB RAM and the upgraded 16GB RAM option, but Max Tech today shared a video highlighting the performance between an 8GB MacBook Pro and a 16GB MacBook Pro. The video includes a series of...
Read Full Article • 305 comments

Tuesday November 24, 2020 8:51 am PST by Mitchel Broussard
Although we're still a few days away from the official launch of Black Friday, we've known for a few weeks that many retailers would be kicking off discounts ahead of November 27. Because of this trend, today we're tracking discounts across Apple's lineup of iPads, including the 10.2-inch iPad and 2020 iPad Pro. More sales are likely to appear as the week progresses, and when they do we'll update ...
Read Full Article

Wednesday November 25, 2020 9:15 am PST by Hartley Charlton
Reliable leaker known as "L0vetodream" has today suggested on Twitter that redesigned MacBooks coming in the second half of 2021 will include models with both Apple Silicon chips and Intel processors. The brief Tweet came in response to a MacRumors article from earlier today, which outlined a report from Ming-Chi Kuo claiming that Apple plans to release redesigned MacBook models with Apple ...
Read Full Article • 191 comments

Sunday November 22, 2020 2:37 pm PST by Eric Slivka
As we head into Black Friday week, we're seeing some of the best deals of the season so far, with Amazon and Best Buy today discounting the latest iPad Pro models by up to $150 at the lowest prices we've ever tracked on these models. Note: MacRumors is an affiliate partner with some of these vendors. When you click a link and make a purchase, we may receive a small payment, which helps us keep ...
Read Full Article • 16 comments