Tony Fadell, known as the godfather of the iPod for his role in its design, recently sat down Appvance CEO Kevin Surace at the SV Forum Visionary Salon Dinner to reminisce about Steve Jobs and his time at Apple. VentureBeat attended the event and has shared a transcript of the discussion.

Fadell has discussed his role at Apple and his relationship with Jobs many times over the years, but new details, additional color, and lesser-known tidbits tend to surface with each new interview, making them worth a read. This most recent interview covers an interesting look at the decision to bring iTunes to the PC. 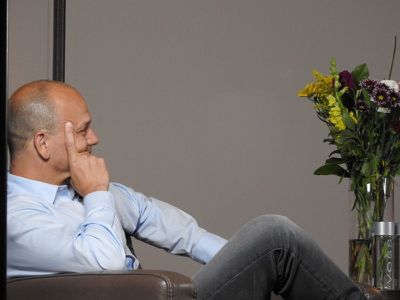 Image via VentureBeat
Jobs was initially against introducing PC support for the iPod because he viewed the device as a way to attract people to the Mac. Fadell had a team of people working on porting iTunes to PC to give people who didn't own a Mac a taste of Apple products. Fadell describes his effort to get iTunes on the PC as a "knock down, drag out battle."

After being pressured by much of the iPod team to get iTunes to the biggest market, Jobs relented, but he insisted that journalist Walt Mossberg, who wrote for The Wall Street Journal at the time, sign off on the design.

He [Steve] finally said, "Okay. But under one condition. We're going to build these and run it by Mossberg. And if Mossberg says it's good enough to ship, then we'll ship it." He wanted to divorce himself from having to make the decision. But Walt said, "Not bad. I'd ship it." That's how we actually shipped on the PC.

Following iTunes' PC launch, Fadell says Mac sales accelerated. The iPod and iTunes were good on the PC, "but great on a Mac," enticing people to switch to Apple's platform.

Another anecdote in the interview covers Apple's early exploration of a phone. Fadell and his team began conceptualizing an "iPod phone" that was an iPod with a phone module inside it. It was designed like an iPod with a click wheel for dialing, an idea that didn't work.

It looked like an iPod, but it had a phone, and you would select numbers through the same interface and so on. But if you wanted to dial a number it was like using a rotary dial. It sucked. We knew three months in that it wasn't going to work. Steve said, "Keep trying!" We tried everything. We tried for seven or eight months to get that thing to work. Couldn't do it. We added more buttons and it just became this gangly thing.

A rendering of a prototype iPod/iPhone hybrid with a click wheel, based on information from a source familiar with Apple's designs at the time.
At the same time as the iPod phone was in development, Apple was also exploring the idea of a touchscreen Mac, leading to the idea of a virtual interface on a phone.

Steve's like, "Come over here!" I didn't know about this at the time, but he showed me a ping-pong table that was the first multi-touch screen. It was a ping-pong-sized table. It had a projector of a Mac on top of it, and you could interact with it. He said, "We're going to put that in an iPod!" "Steve, it's the size of a ping-pong table!"

Apple then began work on a multi-touch display and software that brought together elements from the Mac and the iPod, eventually leading to the development of the device that became the original iPhone.

The full transcript of Fadell's interview, which includes additional details on his early career, Nest, and Apple, can be read over at VentureBeat.

The creation story of the first iPhone and the reveal are so fascinating.

Unfortunately, future generations will take them for granted.

Slix
I love reading stories like this. The lead up to the original iPhone is probably one of the most interesting stories of tech that has happened. Started out as giant table-sized multitouch device, then a large iPad-sized device, then a phone.

I hope we keep getting stories like this for years to come. The mystery of it is still awesome. :)
Score: 6 Votes (Like | Disagree)

levitynyc
The creation story of the first iPhone and the reveal are so fascinating.

Unfortunately, future generations will take them for granted.
Score: 3 Votes (Like | Disagree)
Read All Comments