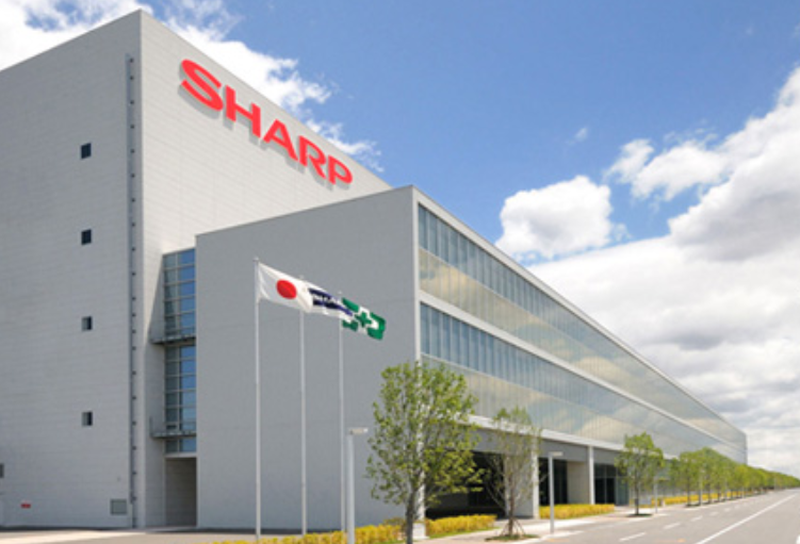 Sharp intends to restructure its operations under the umbrella of Foxconn, although arrangements of the purchase have not yet been revealed. Sharp was facing either a buyout offer from Foxconn or support from the Innovation Network Corporation of Japan, a state-backed fund that offered a roughly $2.7 billion injection and a $1.8 billion credit line.

Currently, Sharp supplies Apple with LCD displays for iPhones in addition to being a leading television maker and selling audio equipment, home appliances and more. The company has fallen on hard times recently, incurring a net loss of nearly $1.9 billion in the fiscal year ending March 2015. It also must repay $4.3 billion it had borrowed by March; Foxconn reportedly was willing to take on the debt.

It's unclear what Foxconn's plans for Sharp are, but the company could sell Foxconn-made electronics under the Sharp brand. The acquisition's impact on Apple may only be near-term, as Apple is rumored to be turning to Japan Display, LG and Samsung for OLED displays in iPhones as early as 2018.

Update: Shortly after the its acquisition of Sharp was announced, Foxconn put the deal on hold after "discovering previously undisclosed liabilities." Foxconn said it would not sign off on the deal until terms had been clarified. At issue is hundreds of billions of yen in liabilities which Sharp will need to resolve before the deal is finalized.

Foxconn should just make their own phone and cut out Apple. They're getting middled.

Foxconn should just make their own phone and cut out Apple. They're getting middled.


Well, they're doing what any company with their resources would do. Move down the supply chain where the margins are higher.
Rating: 4 Votes

Oh boy, how times have changed

That's for sure! Being big or well entrenched, by itself doesn't cut it anymore. At 103 years old, Sharp is one of the oldest consumer-electronics manufacturers around.

This just goes to show how intense and cut-throat the tech industry has become. Unless you're continuously moving forward, you risk becoming irrelevant and falling on hard times, no matter who you are.
Rating: 3 Votes

R3k
Sharp. Thanks for all the memories.
Rating: 2 Votes

ryuworks
Apple is partly behind this takeover, some years back there were reports that Apple wanted a proxy takeover of Sharp via Foxconn when this whole thing started. This move can only be beneficial to Apple, as its number one contractor now has rights to IGZO and other display techs that Sharp owns, when in previous years Apple had to content and negotiate with a not-so-friendly Sharp to make them license IGZO tech to other Apple contractors.
Rating: 1 Votes

So is this another nail in the coffin for Samsung supplying Apple with parts for their devices?


No because Sharp doesn't make OLEDs. Apple is still stuck with either LG or Samsung if they start using OLEDs.
Rating: 1 Votes

CFreymarc
I have been in the middle of acquisitions of Japanese companies. Their accounting system of profit and loss is bizarre. To many Japanese, bluntly stating a loss on a spreadsheet is a rude insult.

Any failure or loss is gradually presented in multiple forms, paper work, statements and nearly endless manger approval where no one can be found individually responsible.

For Foxconn to hold off on this over hidden liabilities is no surprise.
Rating: 1 Votes
[ Read All Comments ]