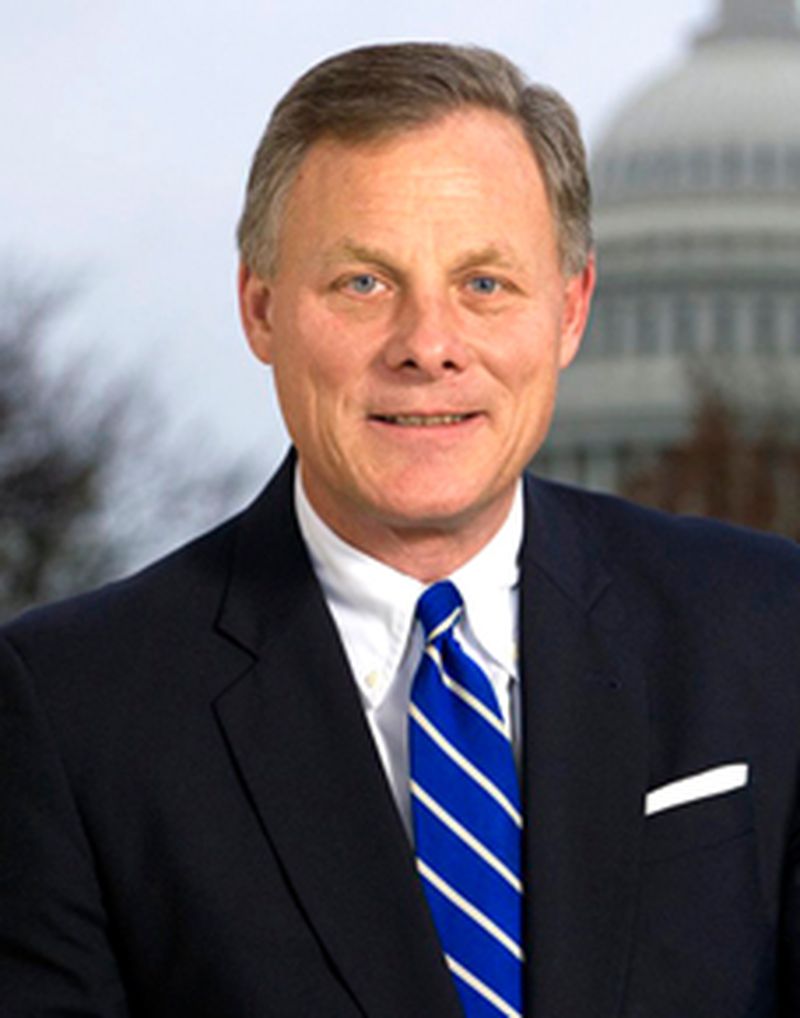 North Carolina Senator Richard Burr, chairman of the Senate Intelligence Committee, is working on legislation that would penalize companies that don't comply with court orders to unlock encrypted devices, according to The Wall Street Journal. The move comes a day after Apple announced that it would oppose an order to unlock the San Bernardino shooter's iPhone 5c.

The bill could reportedly be written in way that modifies the Communications Assistance for Law Enforcement Act of 1994, which compelled communications companies to build their systems in a way that would allow them to comply with court orders.

Mr. Burr hasn’t finalized plans for how legislation would be designed, and several people familiar with the process said there hasn’t been an agreement among any other lawmakers to pursue criminal penalties. It’s also unclear whether Mr. Burr could marshal bipartisan support on such an issue during an election year that has divided Washington in recent months.

For the past several months, Burr has been pressuring technology companies to work closely with law enforcement to prevent encrypted devices and services from being used to plan and execute crimes, going as far as telling some that they needed to consider changing their business model. He's also claimed that district attorneys have complained to him about encryption as they are "beginning to get to a situation where they can't prosecute cases."

Apple CEO Tim Cook has continually maintained that unlocking any device, or creating any type of backdoor, would weaken encryption across the board and allow both bad guys and good guys to access users' personal data.

JimmyHook
Well, when the contents of his family's iPhones are dumped on the internet he would think twice about his stance. Once the door is open, hackers would be able to target anyone. Nobody can deny that with a straight face
Rating: 29 Votes

Nunyabinez
OMG, how did anyone get convicted before there were phones to scrape data from? If the difference between convicting someone and not convicting them requires data from their phone, then it sounds to me like a pretty weak case that has the high potential for being wrong. Unless criminals are taking selfies of their crimes in progress.

What happened to fingerprints and witnesses and all the other stuff? Sounds like to me that we have a bunch of lazy prosecutors who want Apple to do their job for them.

This is all a smoke screen for the fact that they want to spy on the populous and they're using "because crime" to do it.
Rating: 25 Votes

He's 'bought and paid for'. Must be a spokesperson for military industrial complex corporations...

"Mr. Burr hasn't finalized plans for how legislation would be designed"

So the 'designs' weren't pushed under his door in a plain brown envelope, with a wad of cash, yet?
Rating: 21 Votes

Lancetx
Regardless of their party (and there are plenty on both sides), those that back this legislation will find themselves squarely on the wrong side of history.
Rating: 20 Votes

ThunderSkunk
It's nice to see some idealism has still survived, blaming one or the other party, but both the political parties that have wrangled the stranglehold on power in this country have, at every opportunity since their creation, expressed and honed their love for total power & wealth schemes, broad unconstitutional trampling of civil liberties, aggression and assaults on the public, unlimited access and control over their opponents and citizens lives, and their penchant for authoritarianism (but don't call it that) all blamed on bogeyman of the hour.

You can imagine that we deserve it, due to the army of inept "people persons!" we vote for, but the parties and their monied interests and electoral royalty determine who you will vote for, long before the people of the country get to vote. There is no alternative available on offer. No marketplace of ideas. There is a script, and the parties ensure the nation sticks to it. Calling the U.S. in any way a representative democracy at this point is so unrealistic it's absurd. The U.S. is a nation of two parties, each of which wishes it were a one party state, as long as they're the party, and both parties behave like it.

Voting for a handful of kings once every 4 years who have no competency in the matters they're tasked with voting on (the 1/3 of the time they show up to their jobs to vote at all) doesn't "represent" anyone, but the (in both parties) most conservative party brass and the contributor who coughed up the $ to write & promote the bill. Not the interest of the people, or the nation. Legalizing this corruption doesn't make it not corrupt.

The U.S. has no system for rational constructive decision-making in its leadership, and a few hundred million preventing there from being one created.

Using 9/11 and 'tersts as an excuse to enact emergency powers to create the Patriot Act crushing the constitution, and then blaming Democrats when you notice your 4th amendment rights have been shredded, is just as absurd as blaming Republicans for creating the patriot act when the Obama admin then grabbed it from Bush, and instead of righting the wrong, turned around and used it to its maximum potential. We're far, faaar beyond simple, single-sided blame solving any of these problems at this point.
Rating: 16 Votes


The battle against encryption is bipartisan. If you like finding different letters of the alphabet, look up the recent New York or California proposals and who pushed those.
Rating: 14 Votes

GoCubsGo
Burr is a moron. He has no idea what he is doing. He likely looks at it simply as getting into the terrorists' phones when this entire issue is bigger than that. Just like [USER=953857]@JimmyHook[/USER] wrote, this opens a door and it won't be good. This is a can of worms to which there is no lid.
Rating: 13 Votes


So? It's Obama--a D--who is attacking Apple with the FBI and the Department of Justice. He's just managed to find some redneck hayseed traitor from the other side of the aisle.
Rating: 12 Votes

Beat Hillary. She will only perpetuate Obama's assault on the 4th Amendment.


Nor did they mention that Burr has been working with Senator Feinstein (D-CA) on similar legislation:

Or, that Feinstein has already been quoted:

In an interview with PBS NewsHour, Sen. Dianne Feinstein (D-Cal.), Vice Chair of the Senate Select Committee on Intelligence, called on Apple to comply with the court order, arguing that the information on the phone could prevent additional acts of terrorism. She further stated that if Apple refused to obey the order, it would likely lead to legislation that would force the issue.

Take off your partisan blinders. You might learn something.
[doublepost=1455856179][/doublepost]

The senator is a Republican. I am not surprised.


Would you be surprised if I told you that Senator Feinstein (D-CA) has already warned Apple this would happen if they didn't comply?

As I wrote above: take off your partisan blinders. You might learn something.
[doublepost=1455856290][/doublepost]

Should one only write "their" senator, or can one write any senator.


You can write any Senator, but their staff is likely to ignore you if you aren't a constituent.

Of course, they are only slightly less likely to ignore you if you are.
Rating: 8 Votes
[ Read All Comments ]