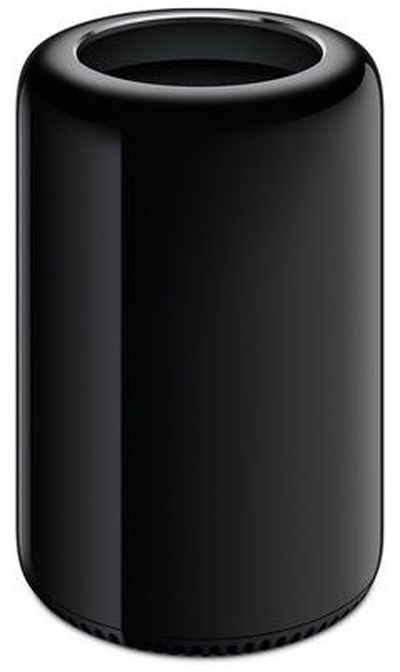 Apple today launched a new Repair Extension Program that addresses video issues on some late 2013 Mac Pro models, according to an internal notice obtained by MacRumors.

Apple has determined that graphics cards in some late 2013 Mac Pros, manufactured between February 8, 2015 and April 11, 2015, may cause distorted video, no video, system instability, freezing, restarts, shut downs, or may prevent system start up.

Apple or an Apple Authorized Service Provider will repair eligible Mac Pro models affected by the video issues free of charge until May 30, 2018. Apple lists a turnaround time of about 3-5 days.

Apple says both graphics cards must be replaced on Mac Pros exhibiting any of the problems listed above. AMD's FirePro D500 (high-end model) and D700 (built-to-order) GPUs are affected. AMD's FirePro D300 GPU on the base Mac Pro is not listed.

Customers can book an appointment with the Genius Bar at an Apple Store or visit an Apple Authorized Service Provider to determine if their Mac Pro is eligible for coverage. Unlike Apple's voluntary recall of some international AC wall adapters last week, Apple is unlikely to publicly announce this repair program on its support website, but it may contact some customers directly.

A lengthy Apple Support Communities topic was posted about Mac Pro video issues in February 2015, and it has since amassed nearly 3,500 views and 50 replies from affected users. One customer claimed Apple agreed to replace his Mac Pro's graphics card after he contacted the company's support team about the issue.

How embarrassing for Apple that a company with over $200 billion in the bank cannot update the Mac Pro in 3 years and doesn't sell a competitive 4k or 5k stand-alone display. Does Apple seriously expect people to buy 3-4 year old technology, WTF Apple?

The problem stands in the circular form factor.
They struggle to figure out which side make thinner
Score: 14 Votes (Like | Disagree)

G-News
It's all down to being RohS compliant. These gpu problems started to come up after they stopped using lead in the solder. With the RohS compliant tin solders, they just start to disintegrate after a series of hot/cold cycles and the solder cracks, leading to these problems. It'd frankly be a lot more environmentally friendly if they went back to using lead/tin blends instead of replacing the chip 5 times.
Score: 13 Votes (Like | Disagree)

Well it's Apple's fault for making a 'pro machine' that was infinitely more upgradable and at the same time cools it's GPU's 1000x better into a damn trash can that's slowly cooking the dGPU's just like iMacs and MBP's!

Agreed. There was a time for Apple when 'elegant design' meant making computers that were maybe a bit bigger, but still beautiful. They used to pride themselves in software that was incredibly powerful, yet still intuative to use. Now 'innovation' for Apple just means just making hardware thinner (and impossible to fix) and software devoid of features it used to have, in the name of supposed 'simplicity'. Just listen to Marco Arment, John Siracusa and Casey Liss from the latest ATP Podcast. They go in exhaustive detail how they feel Apple has gone way overboard with 'appearances' at the expense of usability ... with some of their harshest criticism for the new Apple TV interface, which they argue was made to look good in screen shots, but is absolutely horrible to actually use:

macs4nw
Disappointing that such pricey professional products seem to be subject to the same defective component odds, or perhaps design flaws, as lower priced equipment. Somehow I expected better.
Score: 12 Votes (Like | Disagree)
Read All Comments

Monday September 26, 2022 7:34 am PDT by Sami Fathi
Today marks exactly two weeks since Apple released iOS 16 to the public. Besides the personalized Lock Screen, major changes in Messages, and new features in Maps, the update has also seen its fair share of bugs, performance problems, battery drain, and more. After major iOS updates, it's normal for some users to report having issues with the new update, but such reports usually subside in...
Read Full Article • 185 comments