NFL in Talks With Apple Over Live Stream of London Games 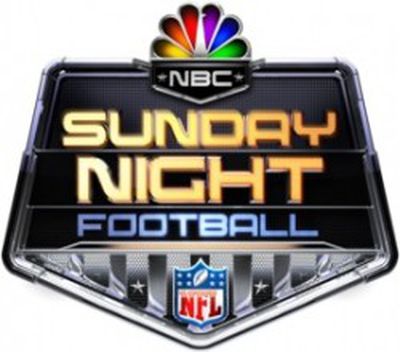 The National Football League is in talks with technology companies like Apple and Google as the NFL seeks out a partner for three London games that it plans to stream next season, reports Reuters. Apple is said to have expressed interest in purchasing the rights to conduct the stream, perhaps in an effort to secure the games for the Apple TV.

In December, news leaked suggesting Apple and other digital companies like Google, Amazon, and Yahoo had talked with the NFL about streaming "Thursday Night Football" games online on a non-exclusive basis. It is not yet known who secured those digital rights.

Over the past year or two, live-streaming has become important to technology companies who want to cater to sports enthusiasts and an ever growing number of cord cutters. In 2015, Yahoo partnered with the NFL to live-stream a London game for free to viewers, setting off a trend that is continuing this year.

The NFL believes last year's Sunday night streaming experiment was a success, with approximately 15.2 million viewers having tuned in as it was broadcast.

According to Reuters, it is not clear if the NFL plans to sell the rights to the three games as a package deal or split them up individually. The fee the NFL is seeking is also not known, but last year, Yahoo shelled out $15 million to stream a single game.

The three games that will be played in London include the Indianapolis Colts vs. the Jacksonville Jaguars on October 2, the New York Giants vs. the St. Louis Rams on October 23, and the Washington Redskins vs. the Cincinnati Bengals on October 30.

b1wils1
Yes, please. Wouldn't it be great to eventually be able to find all of your games on the Apple TV as opposed to having to go through DirecTV?
Score: 7 Votes (Like | Disagree)

Algus
That'd be crazy if Apple locked down the streaming rights. Don't get me wrong, it would be fine for me since I'm all in on Apple stuff but then we'd have the same situation as DirecTV owning Sunday ticket.

I don't want exclusive rights on sports streaming. It's poison. I'm fine with paying but as many as possible need to be able to have access to the streams. I don't think I want Apple having football anything exclusively.
Score: 4 Votes (Like | Disagree)

Does the NFL app let you in effect, DVR the game? I mean, does it have to be watched live? Sometimes we have to time shift the Seahawks games, and it'd be nice to cut the satellite cable, and this would be a step in that direction.

They have a package that lets you do replay. The games are usually ready to go on game completion. It is a pretty good service. I usually catch redzone with my Dad on gameday and watch the Seahawks later on. Fortunately they've played so well the last few years they seem to have lots of prime time games now, heh
Score: 2 Votes (Like | Disagree)

winston1236
The NFL is also asking for Apple and Google to pay the NFLs taxes for 20 years, issue a 500 million dollar bond and give the money to the NFL in addition to a requirement that Apple and Google build new billion dollars stadiums to replace several 5 year old NFL stadiums. /s
Score: 2 Votes (Like | Disagree)

I don't know the business, but I don't see why Apple and others can't lock down something like broadcast network streaming for $8 per month. Build it into an app on ATV and iOS. Use ad services like Hulu has so ads are fresh even if you watch a game a month later on demand. Use the traditional amount of ad time for live plus seven days, offer reduced ads for maybe another $5 to $10 per month, cut the ads down after seven days. You're welcome.

Apple could have broadcast HD for free if they just build in an HD tuner and put a jack on the box for one cable of RG6. No contracts to negotiate. No deals to strike. No broadband bandwidth caps to worry about. Etc. It's the easiest way to get all local programming on the :apple:TV for most of the people in the country (excluding only those too far from the broadcast towers to pick up a signal). The threat in going that way would also give Apple great leverage to motivate the local broadcasters to more readily strike a streaming deal too, which could then give those who live beyond the reach of free OTA broadcasts a way to get them too (just exactly as it works now with other boxes).

So why not do that? Some of us will spin how "antiquated" that model is, ignoring that THAT is the still the way to receive the highest quality of HD that is not delivered on a Blu Ray disc, better than cable, satt and streaming. But that would work if Apple would "just do it".

However, it's hard to monetize something commonly viewed as free and thus Apple wants to try to strike streaming-only deals with well over 1,000 broadcasters all over the country so that what is free can be monetized (though still received for free by other, perfectly-legal means).

If it was me, I'd put at least 2 local HDTV tuners in the box, leverage some of my DVR patents for recording shows to a local iCloud (the hard drives on our computers), NAS or off-site iCloud and then use that stronger position to try to strike favorable streaming deals to serve those beyond the reach of OTA. :apple:TV would immediately gain much greater utility for all users (the bulk of the most popular shows are still on the big 5 networks) and new show discovery would likely lead to iTunes season pass sales to catch up on shows we find that already have a few seasons behind them.

OR, if I just can't bear to build something "so antiquated" into my product, I'd normalize that USB port and open hardware attachment options up for app store developers. Then, let the likes of Elgato or similar bring tuner hardware and DVR software apps to market to make that work with :apple:TV.

But what do I know? Waiting potentially years for Apple to strike over a 1,000 deals is somehow a much better way to go I'm sure.
Score: 1 Votes (Like | Disagree)
Read All Comments