Tuesday December 1, 2015 6:47 am PST by Mitchel Broussard
Continuing a tradition begun four years ago, Apple today has joined in recognizing World AIDS Day by coloring Apple logos on its retail stores around the world bright red. The worldwide event was established to represent the global fight in preventing HIV and AIDS, as well as promoting healthy education of the diseases, a cause Apple has helped forward with its line of (PRODUCT)RED accessories. 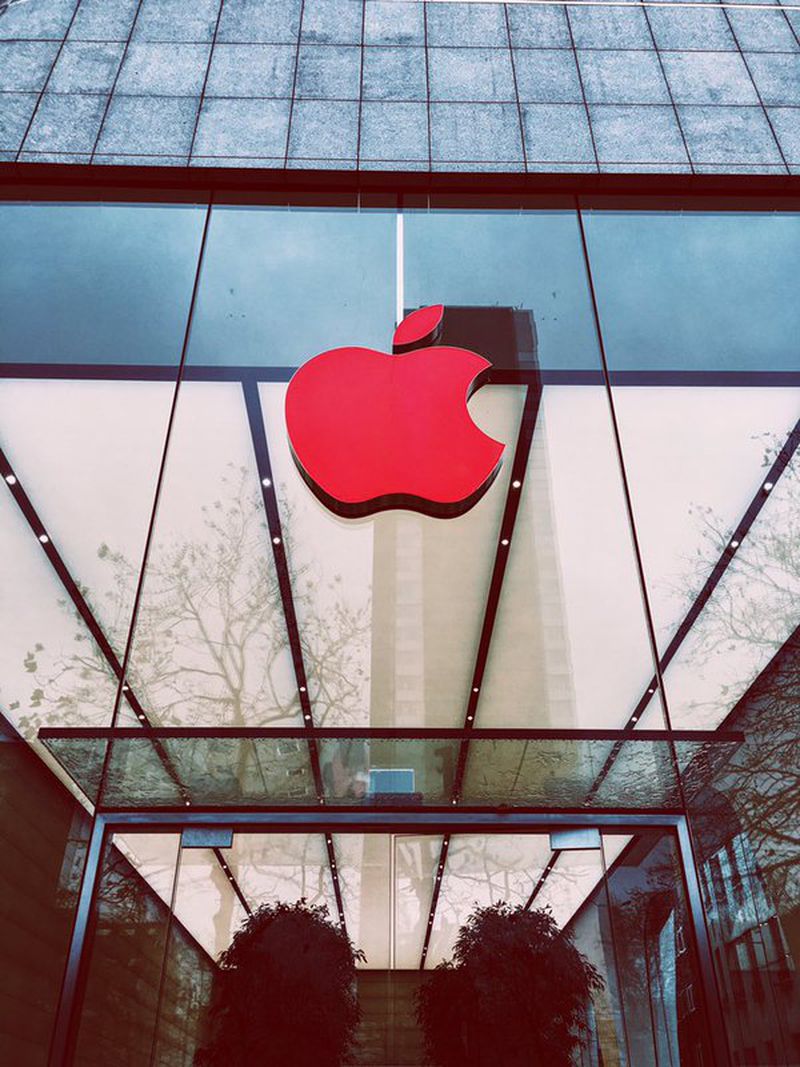 As in years past, the company has taken to promoting the World AIDS Day events not only in retail locations but on its online storefront, as well. The home page of Apple.com today encourages visitors to shop the company's (PRODUCT)RED line of Mac, iPhone, iPod, iPad, Apple Watch, and Beats accessories to help promote and fund AIDS defense and awareness.

Apple Stores known to be participating in the event include the Bondi Junction location near Sydney, Australia, the Brussels, Belgium store, and Apple's flagship Fifth Avenue spot in New York City. The company quietly launched a (PRODUCT)RED leather case for the iPhone 6s and 6s Plus yesterday in time for the December 1 event, and teamed up with iOS developer Supercell in an exclusive promotional event that will let players purchase rare in-game items with 100 percent of proceeds going to the Global Fund to fight AIDS.

appleguy123
Really sad that bringing awareness to a disease that kills 2 million people per year has to go in the controversial sub forum...
Rating: 28 Votes

Not trying to be a downer or anything. But like one of the previous guy said, AIDS is mostly contracted disease. I wonder if it would be batter if they direct this toward cancer or something else.

what a horribly ignorant thing to say. you know that there are people in third world countries who don't even understand AIDS? Who were born with it and continue to propagate it? It's not just a sexually promiscuous and drug shooters disease.

also, whats up with the "cause A is better than cause B" crap on the internet these days? it's tiresome. we can all work together toward a better world. we don't need to pick the worst disease or social justice issue and conquer them one at a time in order of perceived importance.

[edit: apparently some of you think my post here says "lets fix all the worlds problems all at once!" -- that isn't what this post says so please don't waste your time or mine making another post about it]
Rating: 23 Votes

Not trying to be a downer or anything. But like one of the previous guy said, AIDS is mostly contracted disease. I wonder if it would be batter if they direct this toward cancer or something else.

ssl0408
Some of these posts are pathetic. Who cares about what charity Apple chooses to support? I'm just glad that they are supporting one. I can't believe some of you have a problem because it's not the charity that you would support. And someone asked, "what makes AIDS so special?" Are you kidding me?
Rating: 9 Votes

Are you guys really that blind? I feel bad for you.

Apple would do much better focusing their huge pile of money on something else, but, Apple is a left wing leaning organization and the CEO is gay so no surprise.


Couple points:
1. You are dead wrong. HIV/AIDs is #1 or #2 cause of death in Africa, depending on the source or year. It's a strong #2 in lower-income countries of the world.
2. "doesn't even rate in the top ten..." Why would that mean it should be ignored anyway?
3. Couldn't it be the money that has pushed AIDS/HIV down the charts? We don't want to stop doing something that is working, do we? Look at the first point. The inverse relationship between money and AIDS/HIV death suggests money is effective.
4. I hope we can all agree that the prevention of death and disease should not be considered a left, right or otherwise political issue. Please. For the sake of humanity, please.
5. The Gay/AIDS connection is long gone, dude.
Rating: 7 Votes

Everyone is completely aware of cancer and lots of money goes to fight it. Many people still don't understand AIDS and it is controversial. It needs to be put in the foreground. Besides, research into AIDS frequently benefit other areas in medicine. The first treatment for AIDS was a failed cancer drug, actually.


Some people seem to be stuck on this idea that for one thing to receive attention, something else has to be denied it, and react accordingly.
Rating: 7 Votes

That is the official story. You are touting untruths. Perhaps you work for Big Pharma?

I work for big tin foil. It is far more profitable. My customers believe anything.
Rating: 6 Votes

Explaining the obvious around here is pointless.


Considering you haven't deigned bother to explain anything at all...
Rating: 6 Votes