Thursday November 12, 2015 6:05 pm PST by Juli Clover
Apple's former Beats Music streaming service will be officially shuttered on November 30, 2015, according to a new support document posted today on the Beats Music support site. All existing Beats Music subscriptions will be canceled at that time, with any remaining customers being encouraged to switch over to Apple Music. 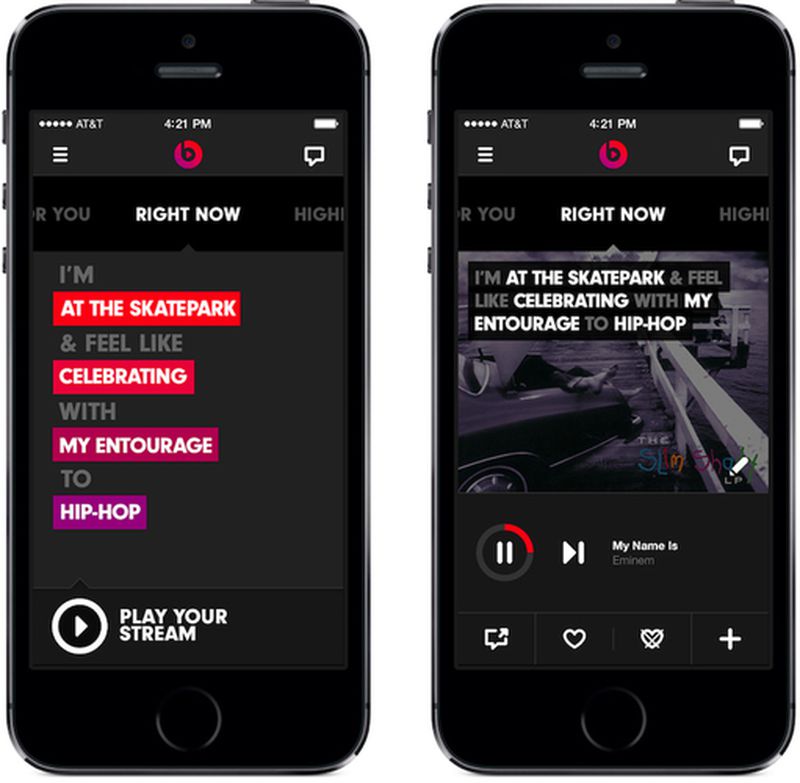 Beats Music ends on November 30. Your subscription will be cancelled, but you can move your picks and preferences over to Apple Music right now.

All the pros that curated music for you are still crafting more amazing experiences. Plus, on Apple Music, you'll get even better recommendations based on music you already listen to and love, 24/7 global radio with Beats 1, exciting material from your favorite artist, and more.

Sonos is also sending out emails to customers letting them know the Beats Music service is ending on November 30. Apple Music currently does not work with the Sonos system, but support is in the works and slated to launch before the end of 2015. Sonos is advising its users to move their Beats Music accounts to Apple Music to save their playlists.

The final closure of Beats Music comes as no surprise now that it's been folded into Apple Music. The Beats Music service has not accepted new subscribers since Apple Music launched in June.

JCrz
Everything related to Apple Music is a big mess.
Rating: 22 Votes

NickD73
Purchasing Beats was clearly di-worsification. Companies who sit on too much cash tend to do it.

SteveBlobs
I guess now we know how long it takes to flush $3 billion down a toilet.
Rating: 14 Votes

Everything related to Apple Music is a big mess.

Agreed. They should shutter Apple Music while they're at it. Total disaster.
Rating: 13 Votes

Purchasing Beats was clearly di-worsification. Companies who sit on too much cash tend to do it.

Beats: An over-priced, image driven brand who sells a physically appealing product with underperforming specs. Sounds a lot like Apple these days.

the topic is in regards to beatsMusic
http://www.beatsmusic.com

that said, i own a pair of beats (studio) and anybody saying "those are crappy sounding headphones" is either-- lying, never listened through them, or trolling.
; )
Rating: 10 Votes

I've always been a strong supporter of Apple products and REALLY wanted to like Apple Music but I think everyone can agree that it is just NOT a polished product. There hasn't even been a much needed update in months... Using it with your own music results in a mess (bad album artwork, some songs not syncing, clean versions being matched). Just a big 'ol mess!


Yep. We really wanted to like it to. Got ourselves a family membership, and started to enjoy access to all that music… BUT soon my kids started losing access to music they'd purchased/downloaded… Some songs would stutter along, stopping and starting constantly as Apple's servers seemingly couldn't keep up. Apple should have had this one in the bag with so many iTunes customers and 3 months to prove the service's worth, but they blew it again. So hard to understand why the richest tech company in the world just can't get it right when it comes to online services.
Rating: 6 Votes