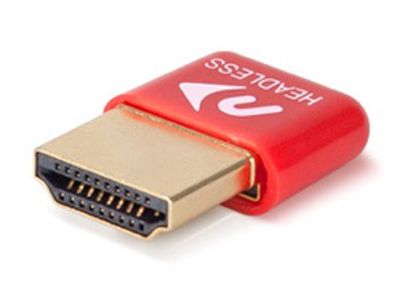 NewerTech today announced the launch of its HDMI Headless Video Accelerator, an adapter that's designed to plug into the Mac mini's HDMI display port to fool it into thinking there's a display attached. With the adapter plugged in, the Mac mini's GPU is activated and video drivers are loaded, resulting in smoother performance.

When the Mac mini is used without a monitor, its GPU isn't used. As a result, the interface lags, resulting in choppy screens and slow video, animation, cursor movements, menu navigation, and typing. Plugging the NewerTech HDMI Headless Video Accelerator into the HDMI port of the Mac mini solves this problem, engaging the GPU so your remote interface works exactly how you'd expect.

Apple's small and portable Mac mini is often used sans display as a storage device or a media server, but without a display, the Mac mini does not take advantage of its GPU. Without an active GPU, certain tasks performed on the Mac mini can be choppy and laggy, such as visiting websites, as described in a Macminicolo blog post on the subject.

This kind of adaptation has been used by Macminicolo on video intensive servers for several years, but as the site says, even simple web browsing benefits from having active video drivers. Macminicolo even recommends a similar dummy dongle product directly on its site.

Mac mini owners interested in purchasing the NewerTech HDMI Headless Video Accelerator can do so from third-party retailers like OWC. The adapter is priced at $19.50.

wlossw
The fact that such a thing is required in order to have a non-sucky remote desktop/vnc session is ridiculous... but it is what it is...
Score: 8 Votes (Like | Disagree) 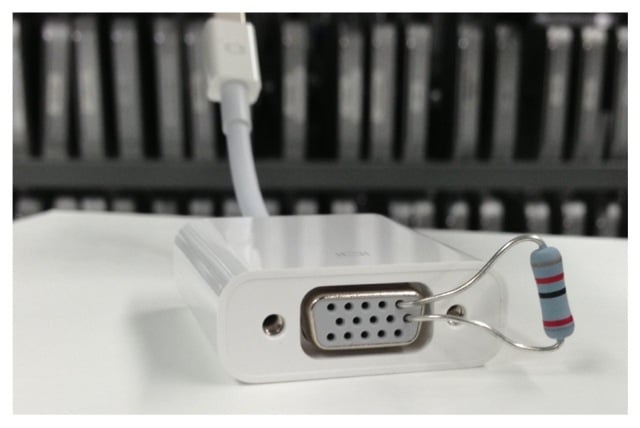 Did you even bother to read just a handful of the replies here?

I'm actually impressed with how condescending this sentence actually was. Not even mad.
Score: 7 Votes (Like | Disagree)

Use to have to buy headless adapters from Dr. Bott back in the day when Macs wouldn't run without a monitor cable connected.

Haha, I developed the Microcom Advanced Video Terminator to solve that issue. It was a paperclip. :)

Since we did a lot of work with IBM big iron it seemed everything had a four word acronym so the MAVT was born. I even created a document with fancy diagrams to send to our customers.
Score: 6 Votes (Like | Disagree)

critter13
sorry, noob here. if you don't have a display attached, why would you care about UI performance. or even know about it for that matter?

joueboy
Why do we have to have this in order for our device to have the optimal performace. Does this mean Apple intentionally crippled the device down so the premium products justifies the pricing. That's s just sad!
Score: 2 Votes (Like | Disagree)
Read All Comments

Monday May 16, 2022 10:10 am PDT by Juli Clover
Apple today released macOS Monterey 12.4, the fourth major update to the macOS Monterey operating system that launched in October 2021. macOS Monterey 12.4 comes over two months after the launch of macOS Monterey 12.3, an update that added Universal Control. The ‌‌‌‌‌macOS Monterey‌‌ 12.4 update can be downloaded on all eligible Macs using the Software Update section of System...
Read Full Article • 116 comments