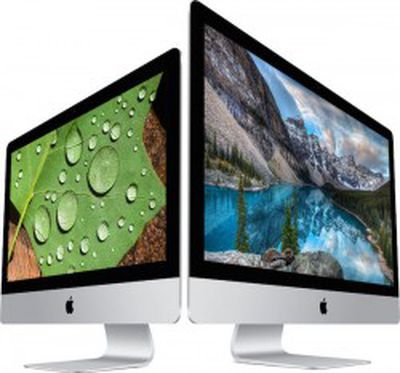 Recently, Apple let Medium behind the doors of its Input Design Lab while the company was in development for the new set of iMacs and accessories that just launched today. While visiting the lab, journalist Steven Levy got some behind-the-scenes glimpses of the "fanatical" production process taken by the team at Apple, and even discussed topics -- like the iMac's relevance -- with a few Apple executives.

Highlighting Apple's laser focus on details, Levy relates a story of how the Magic Mouse 2 initially "stirred consternation and late nights" among its creators due to the sound it made as it was moved around being "not right." While the team had kept the overall look and feel of the mouse the same as its predecessor, the internal changes had altered the amount of friction between the device and a table, thereby changing the sound it made.

“When we did the previous mouse we spent so much time dialing those feet, the material, the geometry, everything, so that it sounds good and feels good when you move it on the table,” says John Ternus, whose title is VP for Mac, iPad, Ecosystem and Audio Engineering. “But then you change the mass of the product and you change the resonant frequency of the product and all of a sudden the feet that we loved weren’t great anymore. They weren’t what we wanted.”

With the impending launch of the iPad Pro and the growing reliance on mobile computing over heavy desktop use, Levy also brought up the topic of the iMac line and its relevance in 2015 with Phil Schiller, Apple’s senior VP of Worldwide Product Marketing.

Schiller explained Apple's products as a continuum, where you use the "smallest possible gadget to do as much as possible before going to the next largest gizmo in line." Starting with the Apple Watch, to the iPhone, iPad, and so on, he states that users shouldn't frantically try to use all of the company's products at once, but do as much on one at a time before needing to pick up another.

“Its job is to challenge what we think a computer can do and do things that no computer has ever done before, be more and more powerful and capable so that we need a desktop because it’s capable,” says Schiller. “Because if all it’s doing is competing with the notebook and being thinner and lighter, then it doesn’t need to be.”

When asked about the possibility of introducing an iOS-like multitouch display into the iMac line, the team behind the desktop computers remained adamant against such a move. Schiller reiterated that any input on a desktop that sits above keyboard level feels "uncomfortable" and that the iMac was built from the ground up with a cursor input in mind.

“iOS from its start has been designed as a multi-touch experience — you don’t have the things you have in a mouse-driven interface, like a cursor to move around, or teeny little ‘close’ boxes that you can’t hit with your finger. The Mac OS has been designed from day one for an indirect pointing mechanism.

These two worlds are different on purpose, and that’s a good thing — we can optimize around the best experience for each and not try to mesh them together into a most-common-denominator experience.”

The entirety of Medium's report from the Input Design Lab at Apple is well worth a read, as it goes far more in depth with topics like the new iMac's color spectrum and even the technology, design, and instrument testing that resulted in the new Magic Mouse 2, Magic Trackpad 2, and Magic Keyboard.

Moonjumper
A laser focus on details, but they failed to notice that most Macs are aluminium and black, but none include white. So they make a range of accessories that are mostly white. Didn't they notice the detail that the accessories would look better if the design complimented the devices they are supposed to be used with?
Score: 14 Votes (Like | Disagree)

Jakexb
"The job of the iPad should be to be so powerful and capable that you never need a notebook. Like, Why do I need a notebook? I can add a keyboard! I can do all these things!"

Seems like there's a false assumption in there. The iPad in no way is so capable that you don't need a notebook. That's a fantasy world. I guarantee none of the engineers or accountants or anyone doing serious work at Apple HQ uses an iPad as their primary device. Maybe managers and execs who are mostly reading reports and responding to email and scheduling meetings. Hopefully that's just Phil Schiller using every opportunity to promote Apple products -- and not that people at Apple really actually believe the iPad in it's current state replaces a notebook. Even serious Apple fanboys like me don't believe that.
Score: 13 Votes (Like | Disagree)

so that we need a desktop because it's capable," says Schiller.

The iPad is still so limited. Anyone who wants to use a full size monitor, a mouse, have user accounts, USB ports and devices, a file structure, be able to work with multiple applications, etc etc...

Strangely enough, it isn't that tablets can't do these things; the iPad can't. The Surface can and does.
Score: 10 Votes (Like | Disagree)

runeapple
Interesting how they are finicky about how the mouse sounds, but not the fact of how stupid it will look upside down with a lightning cable sticking out of it, rendering it useless while charging, or the fact it's an ergonomic nightmare :p
Score: 8 Votes (Like | Disagree)
Read All Comments