Cowen and Company analyst Timothy Arcuri claims the second-generation Apple Watch will arrive in mid- to late-2016, reports AppleInsider. The report also claims that the second Apple Watch would be thinner than its predecessor. 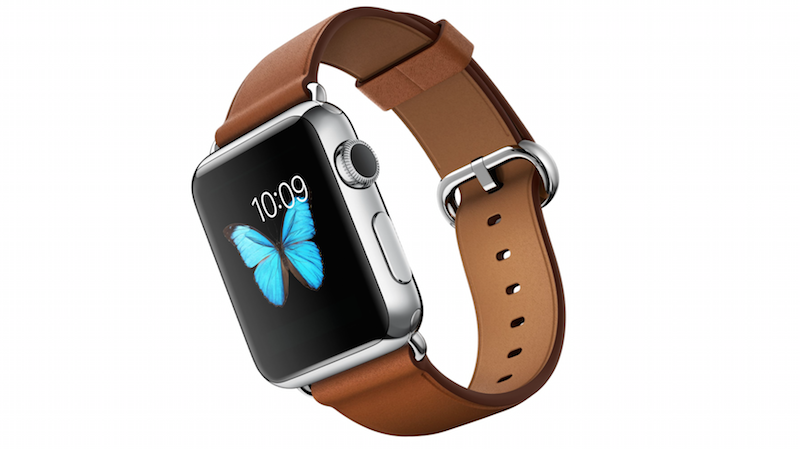 Arcuri's research memo, based on a recent trip of Asian suppliers, also says Apple will ship 18 million Apple Watches by the end of 2015, with at least 45 million shipped in 2016. Although he also notes the figures for 2016 may be pessimistic based on the current data.

Thus far, very few rumors have emerged about Apple's next Apple Watch. In June, it was reported that the second Apple Watch would feature a FaceTime camera, expanded Wi-Fi and new materials. The new Wi-Fi chip would allow the Watch to do more without an iPhone.

Should I return the one I have now?

Either it was going to have Wi-Fi or it wasn't. They should've put it on there the first time. How do they expect people to keep buying if they leave out obvious stuff? It's like they're releasing prototypes and selling them as the real thing


The apple watch does have WiFi.
Rating: 20 Votes

Hopefully the battery is better. But who am i kidding, it's apple...

But i'll most likely buy one next year.


The battery is great. It usually lasts for upto two days, and comfortably lasts for one day with moderate-heavy use. I'm actually worried battery will get worse with future versions.
Rating: 13 Votes

If Apple discontinues the Watch at some point, then you can buy with confidence, knowing there won't be a better one in the future. Otherwise never buy electronics again. You're never going to own the final version so you'll always hate yourself for being duped.
Rating: 12 Votes

JohnApples
For whatever reason, I just don't know if I can see a second gen apple watch next year. The Watch is by no means a "flop", but I don't think it has enough traction yet to support a second version. It goes without saying that I could be completely wrong, but everything about the Watch release was pretty strange.

I think it'd be much more likely to have a second gen Watch announced next year, and then released Spring 2017.
Rating: 10 Votes

rdlink
What cracks me up is all of these predictions and speculations about what Apple's strategy is when it comes to their products, and that they largely center around some master plan that Apple must have that involves holding back technology, and iterative releases of features in order to generate more sales for the next model. Like Apple has some big vat of magic compound that they just scoop out and pour into a mold to make whatever super excellent product they want whenever they want.

I have to believe that Apple would have put better wifi and better battery life and FaceTime cameras, etc. into the first gen watch if their engineers could have figured it out in time to ship this product. I read all of the posts on this forum, and I see peoples' comments about how the watch is a flop because Apple made it more expensive than it should have been for what it does. Doesn't anyone think that Apple would have loved to release a first gen watch that was Buck Rogers ahead of their competition, and take away people's hesitation to throw down the money?

At some point we just have to accept the fact that Apple's engineers are human, and that it's hard to put all of that tech into a product that fits on your wrist. And that they have a team of people who are working their a**es off to push the tech forward as fast as they can while keeping competitive products in the market and in the pipeline.

Frankly, this goes for all of their products.
Rating: 7 Votes

Thinner?
Who needs that?
No, what they need to do is make it bigger. 47-55mm would suit me perfectly.
The two sizes available now is for women and pygmees..


Who are you? Andre the Giant?
Rating: 5 Votes

The apple watch does have WiFi.


Exactly what it does or how it works is something of a mystery to me, however. When my iPhone battery dies, Siri still works on my watch. But when I walk too far from my iPhone when it's on, I get the red no phone icon and nothing works.
Rating: 5 Votes

For whatever reason, I just don't know if I can see a second gen apple watch next year. The Watch is by no means a "flop", but I don't think it has enough traction yet to support a second version. It goes without saying that I could be completely wrong, but everything about the Watch release was pretty strange.

I think it'd be much more likely to have a second gen Watch announced next year, and then released Spring 2017.


Or on the other hand wouldn't an improved model help it gain "traction"?
Rating: 5 Votes

iZac
Whilst I would love Apple to stagger their releases throughout the year, I think this will certainly need to shift to the 'holiday' buying season more so that any other product in Apple's lineup. It's much more suited as a 'gifted' product since it's not tied down to buying a contract like a phone, and won't replace many people's existing arm based tech (yet) and it's a watch, watches make good gifts.

If you look at Apple's previous introductions to new consumer categories (phones, tablets) they have been introduced in summer and spring - presumably to build momentum before holiday sales. I wish they would shift at least one of these product lines away from their autumn product splurge though, since they'll end up cannibalizing their own sales - who wants to buy an iPhone, Watch and iPad if they're all going to be coming out of your October salary!
Rating: 4 Votes

Nozuka
Hopefully the battery is better. But who am i kidding, it's apple...

But i'll most likely buy one next year.
Rating: 4 Votes
[ Read All Comments ]