iFixit is in the process of taking apart the brand new iPhone 6s. While the internals aren't arranged too differently from the iPhone 6, there are some major visual differences worth noting. These include the new Taptic Engine, a smaller battery and the 3D Touch display.

The most instantly recognizable difference is the smaller battery. While Apple's 3D Touch video previously confirmed that the iPhone 6s would carry a 1715 mAh batter, which is smaller than the iPhone 6's 1810 mAh battery, iFixit's teardown provides further confirmation.

Another major visual difference comes in the presence of the new Taptic Engine, which takes up a large amount of space below the battery and is likely to account for the smaller size of the iPhone 6s' battery. iFixit blasted the Taptic Engine with x-rays, providing a peek into the oscillating mechanism under the aluminum shell.

The new 3D Touch display weighs 60 grams, making it 15 grams heavier than the iPhone 6's display. Much of the weight comes from the additional capacitive sensors Apple installed into the display backlight. Additional changes to the display include a reduction in cables and a slightly different LCD plate design. Other than that, iFixit notes the 3D Touch display and previous displays "seem pretty similar".

iFixit's iPhone 6s teardown is ongoing and this post will be updated if significant discoveries are made.

macduke
X-rays? Lame. Let me know when they shoot it with gamma rays. I want a thicker, more powerful green iPhone.
Score: 7 Votes (Like | Disagree)

Nyy8
Still would rather have a slightly thicker phone with a larger battery. But not going to beat a dead horse.
Score: 5 Votes (Like | Disagree) 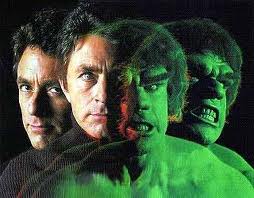 If it means an even higher Geekbench score then bring it on!
Score: 5 Votes (Like | Disagree)

greytmom
4 posts and no whining about the battery yet? Where is everyone?
Score: 4 Votes (Like | Disagree)

Not really sure about buying an iPhone 6S yet....

Btw the Pope lives a few miles from my home.

Been at the popes house and neighborhood, beautiful architecture.
Woytola used to live there then.