DisplayMate has tested the iPad mini 4 display and found that its colors and color accuracy are on par with the iPad Air 2, iPhone 6 and iPhone 6 Plus, with an improved 101% color gamut. All previous iPad mini models had 62% color gamut with poorer color saturation, according to the company's analysis. 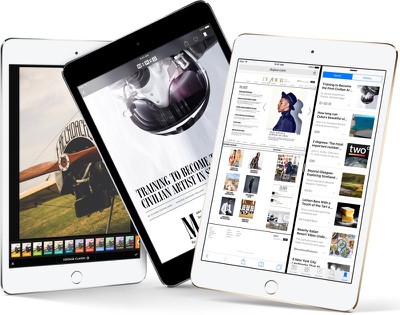 DisplayMate will provide in-depth analysis of the iPad mini 4 display when the iPad Pro launches in November.

GrumpyMom
Finally! Now it's worth it to me to upgrade.
Score: 11 Votes (Like | Disagree)

soupcan
With all of the stuff they did with the mini 4 (thinner, faster, multi-tasking capabilities, better display) you'd think Apple would spend more time talking about it.
Score: 10 Votes (Like | Disagree)

peterdevries
The reduced color gamut was a huge issue a few years back for many, so this is a welcome change.
Score: 8 Votes (Like | Disagree)

Moonjumper
Apple has had some terribly reflective screens in the past, so it is nice that they are continuing to make progress. Hopefully they will continue to work on it across their whole product line.
Score: 8 Votes (Like | Disagree)


You're touching it wrong.
Score: 6 Votes (Like | Disagree)
Read All Comments

Thursday June 4, 2020 10:07 am PDT by Juli Clover
We still have a few months to go before Apple unveils the iPhone 12, but rumors about the iPhone 13, coming in fall 2021, are already circulating. Japanese site Mac Otakara today shared a rough 3D printed mockup of a 5.5-inch iPhone said to be coming in 2021, which is from "Alibaba sources." The model may be built on leaked specifications and rumors, but where the info comes from is unclear. ...
Read Full Article • 98 comments