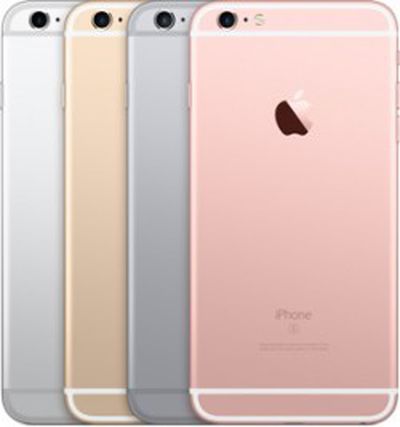 Apple has set higher prices for the iPhone 6s and iPhone 6s Plus in Canada, Australia and other countries to reflect a strengthening U.S. dollar and fluctuating currency exchange rates.

The new iPhone 6s Plus retains the same pricing as the iPhone 6 Plus in the U.S.

Not really priced higher. Just an adjustment in currency conversion (for Canada anyways).

Yes but our salaries do not change with currency. For us, this is a price increase.
Score: 50 Votes (Like | Disagree)

aduteau
This is what really ticks me off .... when the Canadian Dollar was at parity with the US dollar a year or two ago ... it took forever for Apple to drop prices ....
But when the dollar is week .. heyyy .. lets bump up the prices as soon as we can.

Let us see how long the US dollar will stay strong when the FED finally admits that US economic recovery is weak and that QE4 is needed to keep afloat the economy.
Score: 9 Votes (Like | Disagree)

SimonTheSoundMa
Maybe if Apple can claim price changes in local exchange rates, then maybe they can pay local taxes rather than syphoning their sales and cash off abroad.
Score: 8 Votes (Like | Disagree)

Totally. One year ago I bought my unlocked 64GB Space Gray 6 for $970.67 all in. The fact that this model has now not only crested but blown past the $1K mark just frustrates the hell out of me.
Score: 6 Votes (Like | Disagree)

Not all countries have been affected by the exchange rate, however, as the iPhone 6s Plus is priced the same as the iPhone 6 Plus in the United Kingdom.