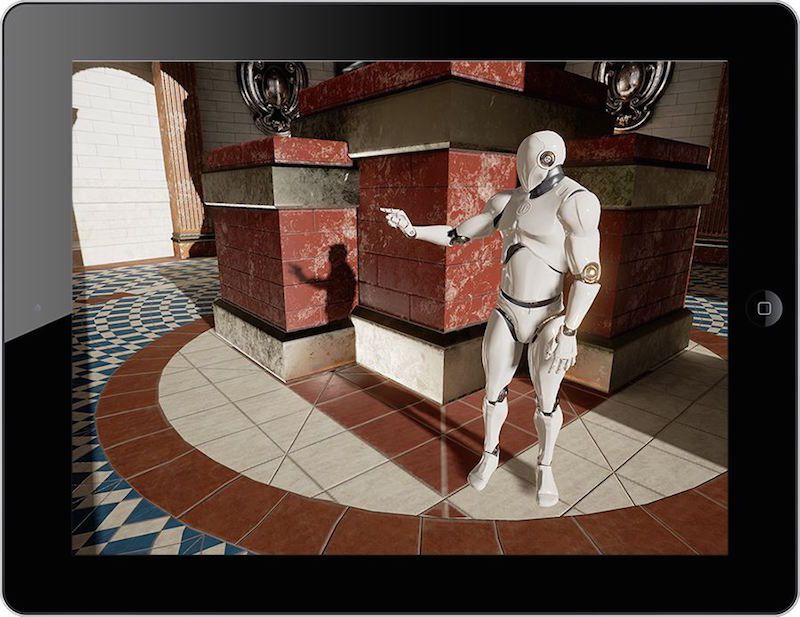 Unreal Engine 4.9 supports dynamic modulated character shadows from directional lights on iOS and Android, while up to four dynamic point lights are supported on each object being illuminated. Unreal Engine 4.9 also ships with a Flurry mobile analytics plugin for iOS out of the box for advertising.

keysofanxiety
Technology these days is so cool. I remember when Return to Castle Wolfenstein - and after that, Doom 3 - were cutting edge in terms of graphics. And I mean cutting edge, where people were saying games aren't likely to ever look much better. Yet we get visuals better than both of those in something that can fit in our pocket. It's easy to lose significance of how amazing stuff is because we lived during the curve/incremental advancements. But when you really take a step back and consider the advance … wow.
Rating: 2 Votes

vertsix
This, on the 6s, with the A9 chip with 2GB of RAM and (possibly) two additional GPU cores, would mean an amazing gaming experience.

Unreal engine is truly unreal. Glad they're pushing it to mobile.
Rating: 1 Votes

Could this be getting ready for the new AppleTV? With its motion sensing remote.
Rating: 1 Votes
[ Read All Comments ]