Last month the United States Federal Communications Commission announced that it would fine AT&T $100 million for misleading customers about its unlimited data plans and not adequately warning customers about throttling their data speeds. AT&T has since responded, arguing that data throttling doesn't harm customers, the company is being prejudged and that its First Amendment rights are being violated in a response first found by The Hill (via Ars Technica). 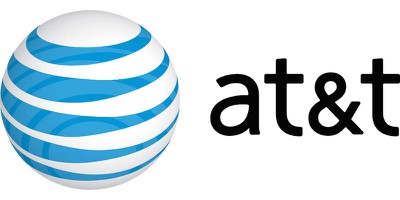 The Commission’s findings that consumers and competition were harmed are devoid of factual support and wholly implausible. Its “moderate” forfeiture penalty of $100 million is plucked out of thin air, and the injunctive sanctions it proposes are beyond the Commission’s authority. Both, moreover, reflect an unseemly effort to coerce settlement. And the NAL and the related press campaign confirm that the agency has already prejudged AT&T’s liability, abandoning any pretext that the Commission remains an impartial arbiter of the case.

AT&T, who wants the FCC to drop the fine, claims that it has made all the required disclosures to customers, pointing out that its Unlimited Data Plan customers were more likely to renew their contracts than non-Unlimited Data Plan customers. Additionally, the telecommunications company argued the FCC would be outside of its authority in both imposing the fine and making other requests because the statute of limitations on the case has passed.

Lastly, AT&T argued that the FCC has no authority to order the company to inform its customers that it violated the Transparency Rule in not telling them about speed changes when throttling data because the statement would both be untrue and a violation of AT&T's First Amendment rights.

I'm fine with the throttling personally. It's the only realistic way for everyone to have an uninterrupted connection. They're not doing anything to warrant a $100M fine.

It's like fining the water company for not "adequately warning customers" that when they use a kinked garden hose, they won't get the full pressure.

Do you work for ATT? This is crazy talk. A kinked water hose as you comparison to the water company? A better comparison would be that the water company decided you took too long of showers and cut your psi so that you couldn't even take a shower, but you would still get a drip to come out as to not technically cut your service. And that would be ridiculous just like ATTs throttling of unlimited data that was sold as no strings attached, only to attach those strings when they saw fit.
Score: 74 Votes (Like | Disagree)

nepalisherpa
Oh AT&T, you are such a comedian!
Score: 29 Votes (Like | Disagree)

I'm fine with the throttling personally. It's the only realistic way for everyone to have an uninterrupted connection. They're not doing anything to warrant a $100M fine.

It's like fining the water company for not "adequately warning customers" that when they use a kinked garden hose, they won't get the full pressure.

AT&T used to throttle me the instant I went over 5GB, even if no network congestion. The throttling was in effect until my billing cycle was up. And as for your silly water hose analogy, I can unkink my hose. I can't unkink my connection.
Score: 24 Votes (Like | Disagree)

shoorty0690
Sure, no harm involved. I could have lost my job because I couldn't connect to the internet at a reasonable speed. I could barely send an email with the throttled speed. Absolutely absurd statement on ATT's part.
Score: 20 Votes (Like | Disagree)
Read All Comments