Apple today showed a video during its WWDC keynote speech to showcase a few key numbers detailing the growth and evolution of the App Store since it launched seven years ago. Apple CEO Tim Cook noted that the App Store has been an "economic boon" and forever changed software distribution, with 98 percent of all Fortune 500 companies creating an iOS app and the average person owning about 119 apps within their iPhone. 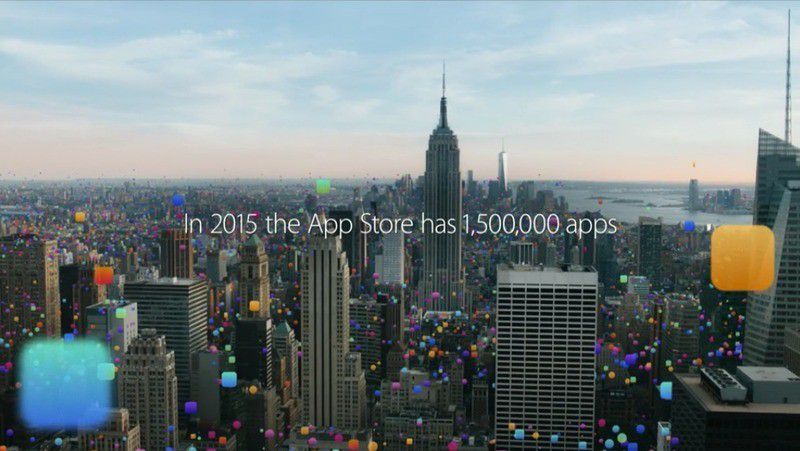 In total, the company said that there are 850 apps downloaded every second, and a grand total of 100 billion that have been downloaded since its opening. App developers have seen a collective total of $30 billion in profit since third-party apps launched on the App Store, making Apple's online application-focused storefront the most profitable app marketplace on the planet. Showcasing a few celebrities and various technological personalities, Apple's App Store-related video pointed out that the Store's current growth is only the beginning for what the company has planned to do with the App Store.

WBRacing
Well, with that many apps maybe it's about time they improved the search engine so that I can find and readily browse more than the top 0.006% of them.
Rating: 2 Votes
[ Read All Comments ]