Following today's Worldwide Developers keynote, Apple held an event to announce the winners of its prestigious Apple Design Awards. Apple's Design Awards are handed out each year and highlight a selection of the year's best apps available on iOS and Mac, honoring all kinds of apps from utilities to games.

Apple created its design awards to recognize high-quality apps that combine design and technology in creative, compelling, and powerful ways. Along with significant recognition and a trophy, Apple gives its Design Award winners a selection of Apple products each year. 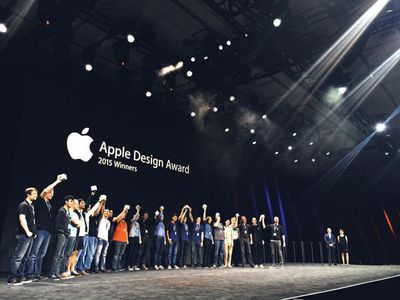 ginkobiloba
Well deserved for Affinity Designer. It's the first real competitor to Adobe's Illustrator, and with a ten times more elegant interface.( and an insanely low price )
Score: 5 Votes (Like | Disagree)

ErikGrim
Fantastical is certainly worthy. Especially good to see them recognised as they are in direct competition to one of Apple's core apps. Something that wasn't even allowed back when the App Store started.
Score: 3 Votes (Like | Disagree)

Hilarious that Fantastical wins, despite Apple not sharing the Travel Time API with the developers.

Huh? They clearly demoed a third party complication responding to Time Travel. Also: how is that relevant?
Score: 1 Votes (Like | Disagree)

ck2875
Nice. I really look forward to this list each year. Hopefully all of these developers will see a nice sales spike for getting an award.
Score: 1 Votes (Like | Disagree)
Read All Comments