Former Apple iOS chief turned Snapchat advisor Scott Forstall has taken on a new project, according to his first ever tweet on Twitter. Forstall is co-producing the upcoming Broadway musical Fun Home, a show that opens this Sunday. 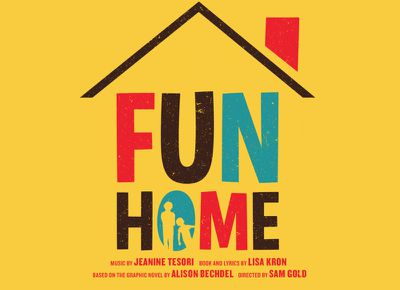 Forstall is listed as one of the producers of Fun Home along with his wife Molly on the Internet Broadway Database, and he and his wife also have a paragraph in the show's playbill.

The Forstalls (Producer). This is Scott and Molly Forstall's first foray on Broadway after years in Silicon Valley. They share their love of theatre with their children, Freya and Nils, both of whom are enthusiastic theatregoers and performers. Thanks to Carole for the magnificent journey.

Forstall's announcement of his position as Broadway producer comes just a day after leaked Sony emails suggested he'd received .11 percent of Snapchat's stock to serve as an advisor to the company. Since being ousted from Apple in 2012, Forstall has kept a very low profile, and this occasion marks his first public announcement and appearance in years.

Scott Forstall first fell in league with Apple in 1992, when he took on a job at Steve Jobs' company, NeXT. When NeXT was acquired by Apple in 1997, Forstall stayed on, working on the Macintosh user design team. He was promoted several times and in 2005, he began working on iOS. Forstall has been largely credited with the skeuomorphic design present in the early years of the operating system, an aesthetic that eventually led to disagreements with other executives at the company following Steve Jobs' death.

Patriot24
I dislike this post simply because of the bashing and vitriol that is sure to follow. Leave the guy alone. Time to move on.

I hope he's found something he enjoys and is successful at it.
Score: 94 Votes (Like | Disagree)

Apple IOS design is now sterile, glaring blind you at night bright white and red. Who ever thought that the current UI design was an improvement? It's horrible.

And the way he was pushed out of Apple shows that the slogan "think different" only applies to those in political favor.

I'm happy to see that the scapegoat is doing well in some other endeavor.

How the mighty have fallen...

So do I. I didn't appreciate how they made fun of him (indirectly) at WWDC 2013, when Craig was introducing iOS 7.

It was then I realized just how deep this design ideology went at Apple.

The one thing I did like about Forstall is he ran a tip top ship. I have seen quality slip since he left in 2012. IOS6 was the most polished bug free IOS i ever had. But Maps was a disaster, the service part anyway.
Score: 52 Votes (Like | Disagree)

that's incredibly random. waiting on the ive production which i hear will be better directed


The Ive production only has an empty white stage with neon spotlights facing the audience.
Score: 37 Votes (Like | Disagree)
Read All Comments

Friday August 12, 2022 12:46 pm PDT by Juli Clover
Samsung this week launched its fourth-generation foldable devices, the $1,000 Galaxy Z Flip and the $1,800 Galaxy Z Fold. Though there's no sign of a comparable Apple foldable device on the horizon, rumors suggest prototypes are in the works, so we thought we'd take a look at Samsung's newest smartphones to see what Apple needs to measure up to when a foldable iPhone does come out. Subscribe ...
Read Full Article • 272 comments