Monday March 30, 2015 9:21 am PDT by Joe Rossignol
Chinese parts supplier Future Supplier (via Nowhereelse.fr) has posted leaked images of what it believes could be the rear shell for the so-called "iPhone 6c." The rear housing looks similar to the plastic iPhone 5c, with two notable differences being a pill-shaped LED flash cutout and two rows of speaker grilles on the bottom of the smartphone. The size of the rear shell indicates that the device's screen size could fall within the 4-inch range. 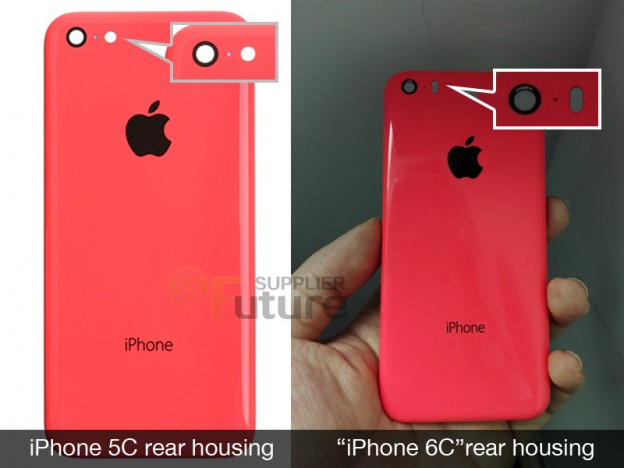 The pill-shaped LED flash design and two rows of speaker grilles are also found on the iPhone 5s, indicating that the iPhone 6c could have the same internals as the two-generation-old smartphone with a plastic shell. The smartphone would likely be positioned at the low end of the iPhone lineup as Apple's free smartphone, alongside the iPhone 6, iPhone 6 Plus and next-generation iPhones released later this year. 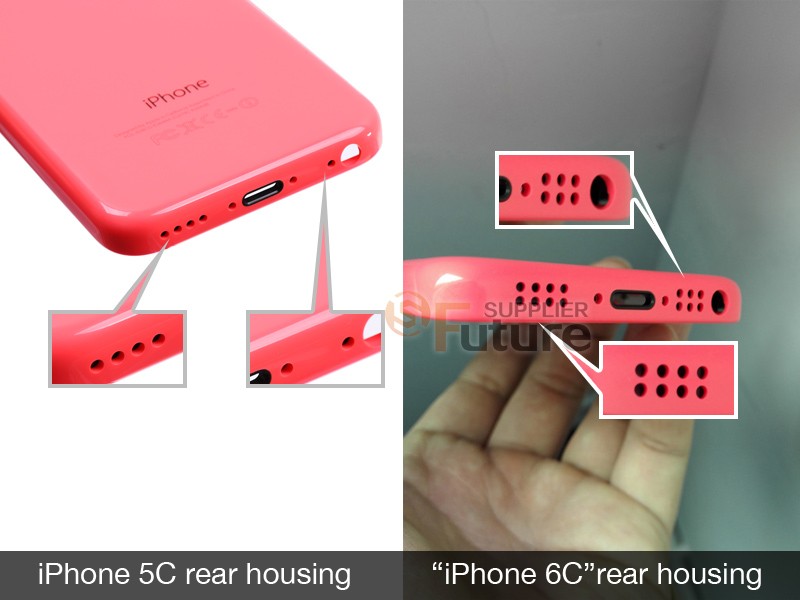 Apple did not refresh the iPhone 5c when it launched the iPhone 6 and iPhone 6 Plus last year, leading to speculation that the plastic smartphone might be discontinued from the smartphone lineup. Last week, however, it was reported that Apple is planning to release three new iPhones later this year, including the iPhone 6s, iPhone 6s Plus and 4-inch iPhone 6c.

jumanji
i'm all for a 4" version but disappointed that it is watered down
Rating: 36 Votes

As much as I like the feel of the "C" models, there is no space in the current product line for this.


I disagree - small iPhone, "normal" size iPhone and huge iPhone. I know people with 4s's that haven't upgraded because of the size of the iPhone 6.
Rating: 19 Votes

sputnikv
it begins... see you in 6 months
Rating: 19 Votes

soco
I'll say it again for this as I did with the 5: I wish these casings were available for the same internals we have with the real 6 and 6+.

Well, this should make all the 4" phone lovers happy- except they wanted more updated specs. I seriously doubt that will happen. This makes sense to use 5S internals - I hope it starts at 32Gb.

I wonder if there will be any color changes.


If they're using the 5S internals, why not just buy a 5S now if you're waiting on this? They're both 4 inch phones but one uses quality materials like aluminum. So silly.
Rating: 13 Votes

yea, hot pink for all of the teenage girls :rolleyes:

Interesting that they'll keep the same size/shape of the 5c, yet call it a 6c ...


Apple hasn't called it anything yet. 6C is what the tech press have dubbed it.
Rating: 8 Votes

maflynn
Ugly color, but its a nice move, glad to see apple adding a 6c to the line up. I do miss my iPhone 5c.
Rating: 8 Votes

Reason077
So, we basically have the iPhone 5c with upgraded internals? Sounds great! A lot of people will be very happy with this.

Just please, Apple, please don't ever release it with only 8GB! 16GB should be the minimum for this, and 32GB minimum for all other models!
Rating: 7 Votes