'Steve Jobs: The Man in the Machine' Film Debuts at SXSW, Eddy Cue Calls It 'Inaccurate' and 'Mean-Spirited'

Following the premiere of Steve Jobs: The Man in the Machine this weekend at SXSW in Austin, Texas, reviews of the film have begun circulating in the media. The Guardian notes that the documentary portrays Jobs as "a man with dazzling talent and monomaniacal focus, but utterly lacking in empathy," with director Alex Gibney showing several examples of the late Apple co-founder's less-desirable behaviour that are typically overshadowed by his successes. 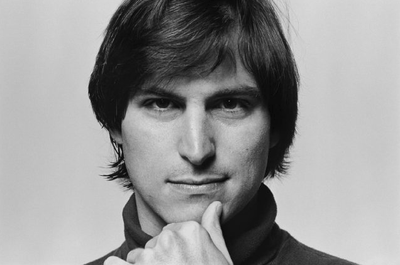 "Yet this man, whose belief in his own righteousness was unshakeable, also terminated Apple’s philanthropic programmes, presided over huge corporate tax evasion, paid Chinese workers making iPhones a pittance, and only stumped up maintenance for his first daughter after dragging his ex-girlfriend through the courts, claiming that she was promiscuous and he was infertile, until a DNA test proved otherwise. Finally, he agreed to pay $500 a month – he was worth $200m at the time."

Apple senior executive Eddy Cue was quick to express his disappointment in the documentary, describing the film on Twitter as "an inaccurate and mean-spirited view of my friend" and "not a reflection of the Steve I knew." Cue added that the best portrayal of Jobs is in the upcoming book "Becoming Steve Jobs," which he describes as "well done and first to get it right."

Very disappointed in SJ:Man in the Machine. An inaccurate and mean-spirited view of my friend. It's not a reflection of the Steve I knew. — Eddy Cue (@cue) March 16, 2015

The Hollywood Reporter has a nearly equal assessment of The Man in the Machine, describing the film as a "two hour-plus corrective to uncritical idolatry of [Jobs], a film that roots around in his misdeeds and mean traits, not in search of a complete portrait, but in the spirit of a Judgment Day prosecutor who knows damn well the defendant was not a holy man."

Other publications that reviewed the documentary include Variety, TechnologyTell and Indiewire. The film is expected to debut in theaters later this year.

dstankus
Sure Eddy; if SJ had made me a multi-zillionaire I'd probably feel that way too...

My own recollection from reading various stories over the years is that he was indeed a brilliant executive but a not very nice human being.

Since I like my iPhone very much and have never met him in person, this is OK with me.
Score: 27 Votes (Like | Disagree)

IbisDoc
Finally, an accurate portrayal of the guy.
Score: 22 Votes (Like | Disagree)

JoEw
You're watching it wrong.
Score: 22 Votes (Like | Disagree)

Best quote of the day. Everyone knows that Steve was no saint. At the same time he did remarkably wonderful things. Seems the haters are gonna hate.


"no saint"?
You mean he was a complete *******. The way he treated his own child!
Apple are unhappy because a film is depicting their glorified computer salesman as a flawed human rather than as a God-like figure. Corporate fascists want to re-write history according to their own false twisted ideal.
Score: 13 Votes (Like | Disagree)

Best quote of the day. Everyone knows that Steve was no saint. At the same time he did remarkably wonderful things. Seems the haters are gonna hate.


True but there is nothing wrong in showing the other side of the coin. History shouldn't paint him as a benevolent deity. He was a dirtbag for most his adult life but so am I and many others. I wouldn't want people to make me out to be something amazing, just because I created some amazing things.... Or oversaw their creation.

Too many people in this world think he was the Ghandi of electronics and that's just not true. Not even close.
Score: 13 Votes (Like | Disagree)

Mr. Gates
If I was Eddie I would say the same thing.
Even though the Documentary is 100% accurate.
If you compare another CEO (Name I will not mention ;) ) in regards to to philanthropic work, Jobs was a heartless, self serving,opportunist/capitalist who rode off the technological advancements of others while stealing, giving little to no credit where credit was due and suing others.
He had petty feuds with companies like Adobe after public acceptance swayed toward Flash instead of Quicktime and tried to patent simple existing standards like opening a blue URL link with a browser by touching it.

Steve Jobs really is not someone to revere. His ethics were deeply troubling and none of you should want your children to grow up as narcissistic and evil as he was.

-Gates Out-
Score: 12 Votes (Like | Disagree)
Read All Comments