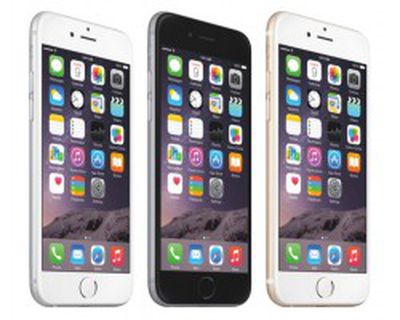 The latest numbers from research firm Gartner reveal that Apple surpassed Samsung in worldwide smartphone sales during the fourth quarter of 2014 to become the world's largest smartphone maker. Samsung lost the top spot to Apple for the first time since 2011.

"With Apple dominating the premium phone market and the Chinese vendors increasingly offering quality hardware at lower prices, it is through a solid ecosystem of apps, content and services unique to Samsung devices that Samsung can secure more loyalty and longer-term differentiation at the high end of the market," said Roberta Cozza, research director at Gartner.

Strategy Analytics reported in January that Apple and Samsung were tied as the top smartphone makers during the fourth quarter, although its findings were based on overall shipments and not actual sales. Samsung smartphone sales figures always have a margin for error, however, as the South Korean tech giant does not officially disclose smartphone sales and leaves research firms to estimate.

Samsung recently announced its latest flagship smartphones, the Galaxy S6 and Galaxy S6 Edge, each compatible with a new mobile payments service called Samsung Pay. The smartphones will be released April 10 in several countries. In the United States, the handsets will be available on AT&T, Verizon, Sprint and T-Mobile and also on sale through Amazon, Best Buy, Costco, Target, Walmart and Sam's Club.

newagemac
That's absolutely crazy when you consider Samsung targets the full range of prices all the way down to dirt cheap while Apple focuses on the high end.

That's like BMW outselling not just Lexus but the whole Toyota division too! Almost unheard of in business.
Score: 49 Votes (Like | Disagree)

thekeyring
Considering Apple released two phones in 2014, and Samsung released dozens, this is incredible, even if it's only a surge in the fourth quarter.
Score: 12 Votes (Like | Disagree)

What planet are you on? The gs6 got nothing but amazing reviews from real world people holding the device.


Says the guy who's majority of posts support Samsung. ;)
Score: 8 Votes (Like | Disagree)