The Steve Jobs biopic based on Walter Isaacson's best-selling biography began filming in January, and the first images of Michael Fassbender and Seth Rogen as Steve Jobs and Steve Wozniak have surfaced (via The Daily Mail). The two actors were filming scenes at the Flint Center in Cupertino last week, and will also be filming at Steve Jobs' original childhood home. 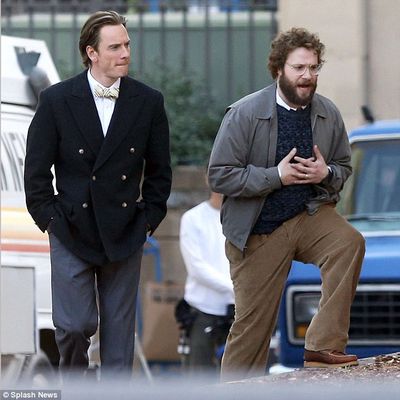 In the images, Fassbender wears a dress shirt, jacket, and bowtie, while Seth Rogen is dressed somewhat more casually in a tie and sweater with a full beard. Fassbender has the long ear-length hair style that Steve Jobs had in the 1980s.

Michael Fassbender, who has most recently starred as Magneto in the newest X-Men movies, was somewhat of a controversial choice in the leading role due to his limited resemblance to Steve Jobs and the fact that he's not a household name like Christian Bale or Leonardo DiCaprio, both of whom were previously attached to the film before turning down the role of Jobs.

In leaked emails from Sony, Aaron Sorkin and other executives were initially against Fassbender because "the world isn't going to care," but director Danny Boyle was fully behind Fassbender and Sorkin came to accept him, saying "He's a great actor whose time has come."

Filming on the biopic will reportedly take place at a limited number of locations including the garage of Steve Jobs' childhood home, two auditoriums, and a restaurant. The movie will consist of three continuous scenes covering three product launches: the debut of the original Macintosh, the unveiling of the NeXT computer, and the introduction of the iMac.

I don't buy it. Not one bit. Rogen looks a better Woz than Fassbender does Jobs, and I ****ing LOVE Fassbender.

Say what you will about Kutcher's Jobs movie, but that guy at least looked halfway like Steve.
Score: 35 Votes (Like | Disagree)

simx34
Why on earth does an actor have to LOOK like their biographical counterpart?
Good acting extends further than the surface.
Score: 24 Votes (Like | Disagree)

I don't buy it. Not one bit. Rogen looks a better Woz than Fassbender does Jobs, and I ****ing LOVE Fassbender.

Say what you will about Kutcher's Jobs movie, but that guy at least looked halfway like Steve. 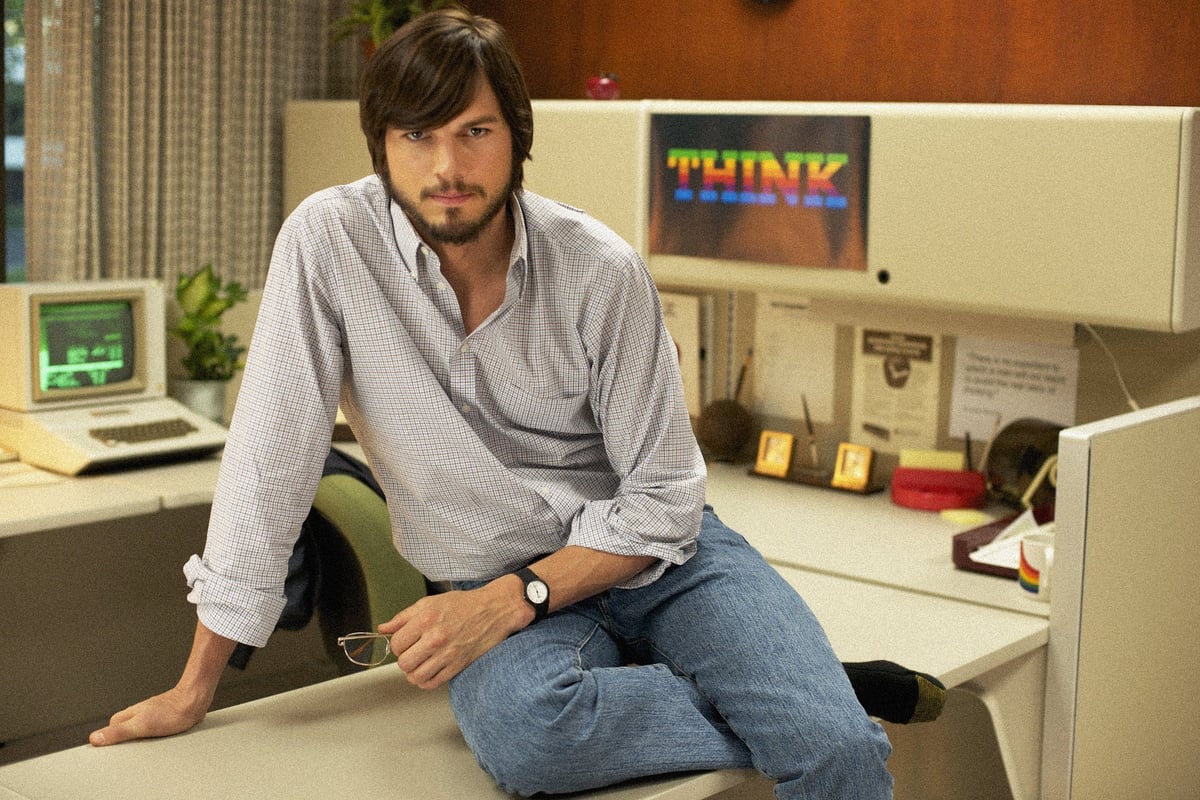 BUT I really, really want to be proved wrong. I hope it's some dizzying metaphysical headtrip of tech or something.
Score: 12 Votes (Like | Disagree)

A. Movie sucks
B. Casting is completely wrong
C. No one cares about this movie

Amazing how the internet is better at casting/directing Hollywood movies than those in the position to do so. Goooooooooo team!
Score: 11 Votes (Like | Disagree)