EA Announces 'The Sims 4' Will Launch on Mac in February

EA today announced via Twitter that the newest game in The Sims franchise, The Sims 4, will be coming to the Mac in February. The Sims 4 was first launched on the PC in September and EA initially promised a 2014 Mac launch for the game, but was unable to meet that target. 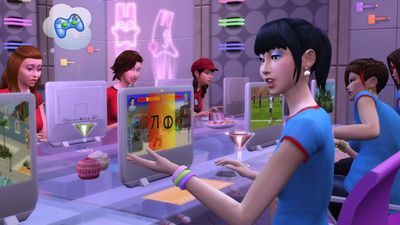 As with other games in the franchise, The Sims 4 invites players to create and control the lives of virtual characters, establishing relationships, building homes, and helping them advance through their careers. The Sims 4 has received some criticism for gameplay changes and features that were stripped from the previous game, but EA has pledged to return at least some of that former functionality to the game in the future.


Mac users who may have already purchased the PC version of The Sims 4 will be able to download the Mac version of the game at no additional cost. Though EA says the game will launch "next month," there is no specific release date specified at this time.
Tags: EA, The Sims 4
23 comments

Gaming on Mac is just lol

You don't buy a Mac for gaming

You don't buy the Sims for gaming.
Score: 7 Votes (Like | Disagree)

Gaming on Mac is just lol

You don't buy a Mac for gaming


I didn't buy my mac strictly for gaming but I welcome those games that come along.
Score: 4 Votes (Like | Disagree)

yangm
I hope this port isn't as crappy as SimCity one. Or The Sims 3 one. Or anything EA does for OS X.
Score: 4 Votes (Like | Disagree)

You don't buy the Sims for gaming.

I used to love The Sims 2 on my PC before i went to the Mac. I still have it installed on Boot Camp and play it every so often. Such an addictive game. Didn't care much for The Sims 3.

You don't buy a Mac for gaming
Score: 1 Votes (Like | Disagree)
Read All Comments