A new report from Bloomberg indicates Sony may be gearing up to produce a new line of smartwatches for release next year. The report states the new watch will focus on design and customization over the technological prowess of watches like the yet-to-be-released Apple Watch and Sony's own SmartWatch 3. 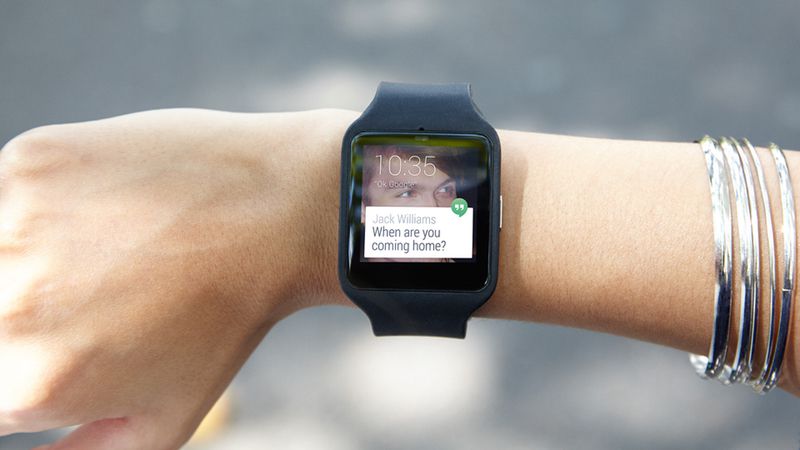 The upcoming Sony device will use an e-paper display in lieu of a traditional LCD or OLED smartwatch screen and, according to Bloomberg, and the display will cover the entire surface of the watch and band.

The watch’s face and wrist band will be made from a patented material that allows the entire surface area to function as a display and change its appearance, the people said, asking not to be named because it hasn’t been announced.

The device will emphasize style, according to Bloomberg's sources, rather than attempting to out-perform technological offerings in the increasingly crowded smart watch field. The watch is said to be part of Sony CEO Kazuo Hirai's recent initiative to fast-track promising products and attempt to regain the culture of innovation the company was known for in years past.

“The innovation program is very important, but it will take time and require some risk-taking,” said Sadao Nagaoka, a professor at Hitotsubashi University in Tokyo who studies innovation and serves as an economic adviser to Japan’s Patent Office. “It’s not that Sony ran out of new ideas, but rather, it’s taking too long to restructure, and gigantic losses have starved new businesses of funds.”

The new watch is reportedly part of Sony's new Seed Acceleration Program, which allows any employee with a new idea to pitch to other employees, or a panel of outside experts, for venture financing. Speaking of the program earlier this year, Hirai noted he is optimistic about the new direction of the company, and hopes the innovation program continues to become "the driving force for our new Sony."

Waxhead138
It would be nice to see Sony competitive once again outside the worlds of Playstation and TV screens.
Rating: 6 Votes

osaga
I think it sounds great. It would be great if the Apple watch was a beautiful thin round color e-paper display with great battery life, and the beautiful bands, cases, customization and build quality of the Apple watch. All it would do is provide notifications, tell the time, and provide health data to your phone. From a distance it looks like a classic watch. It's then a style accessory 1st and foremost, that also happens to be very useful. I'd buy one.

It might also be great if the watch was simply a round disk. And then Apple could encourage third party manufacturers Gucci, Fendi, Prada etc. to make enclosures and bands. Ensuring that Apple never falls behind in case Apple can't keep up with fashion trends, they'd never even have to worry about that.
Rating: 2 Votes

As for the watch? If it isn't able to stand on its own I have zero interest. A tethered watch is pointless to me. I do not want to have to have any more junk on my body. I'd love to be able to leave my phone behind and be able to do everything from the watch, if need be, instead.


Agreed, the only way I'd buy a smart watch is if it allowed me to leave my phone at home, when doing sports. So, I could get by without cellular and maybe even wifi, but it had better have GPS/Glonass/Galileo built-in. Calendars, contacts, notes, etc should be always up-to-date when in range of my iPhone, MacBook Air, or wifi.
Rating: 1 Votes

69650
At last, a smart watch you can actually use. I like the idea of a smart watch but I don't want a big bulky heavy "computer" strapped to my wrist that I've got to charge every night. The Apple Watch in it's currently form will be a 5 minute wonder. Thin and light with colour e-ink display and a decent battery life is definitely the way to go.
Rating: 1 Votes

cambox
Come back Sony! All is forgiven! Please make something different and get us away from the normal and safe.
Rating: 1 Votes

I'd love to see a sleek and simple Sony take on an e-paper watch...
Rating: 1 Votes

Zxxv
I really like e-ink so best of luck sony
Rating: 1 Votes

coder12
Going to cover the entire surface of the watch and band? Interesting concept, especially with how well e-ink displays have been shown to function in smart watches (Never had any issues with my Pebble's display).
Rating: 1 Votes
[ Read All Comments ]