Seth Rogen will play Steve Wozniak alongside Christian Bale, who has been cast in the role of Steve Jobs in Sony's upcoming Jobs biopic, reports Variety. Rogen will have the opportunity to get advice directly from Wozniak, who is working as a consultant on the film.

Rogen is a popular actor who has starred in movies like Neighbors, Pineapple Express, Knocked Up and This Is the End. While Rogen often stars in comedic films, he has demonstrated his ability to do more serious work in movies like Take This Waltz and 50/50. 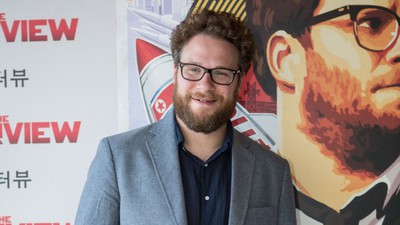 Image courtesy of Variety
After several months of limbo after writer Aaron Sorkin finished the screenplay, production on Sony's Steve Jobs movie is picking up. Danny Boyle, who directed Slumdog Millionaire has been announced as the director of the film, and just last week, Sony signed on Christian Bale to play Jobs.

Update: According to TheWrap, Rogen is not yet officially signed on, while Jessica Chastain is also being considered for an unspecified role in the film.

VertexWolf
Why not just cast the real Wozniak? Hollywood makeup is pretty amazing these days.

Do you know how epic that would have been? At least you could have someone on set that could correct all the inaccuracies.
Score: 16 Votes (Like | Disagree)

Dandrews524
i can't wait to hear the audio tape that gets leaked when Bale freaks out on Seth during filming.
Score: 14 Votes (Like | Disagree)

Patriot24
Anyone that tells you they saw this coming is the biggest liar the Earth has ever known.

People are going to immediately pan this casting, but I can see it working out. Never forget what people said about Heath Ledger as the Joker prior to the film being released.

hope he doesn't twist any ends


Movie ends with Jobs and Woz in the back room getting high.
Score: 13 Votes (Like | Disagree)