Following several recent reports on Apple's long-rumored ultra-thin 12-inch notebook, Jack March is now reporting that Apple is indeed working on a 27-inch "5K" Retina iMac with a resolution of 5120 x 2880. According to the report, which MacRumors has reason to believe is based on legitimate information, the machine could launch as soon as next month.

A source familiar with Apple’s plans tells me that Apple is indeed planning to launch a Retina iMac at their next press event, however the 27″ Model will be the only model that gets this feature. The source says the new 27″ iMac will use a 5120 x 2880 panel as leaked in the OSX Yosemite code a few months ago. This resolution is double the current resolution of the 27″ iMac which is 2560×1440.

This new 27-inch Retina iMac would continue to use Haswell processors, topping out at the 4.0 GHz Core i7-4790K, as Intel's next-generation Broadwell processors will not be ready until possibly the middle of next year. The report also claims Apple will be switching to AMD graphics for this new iMac, while the overall design and port configuration would remain the same as the current model.

The report's sources suggest the move to Retina will be limited to the larger 27-inch iMac at this time, with the 21.5-inch model continuing to use the current 1920 x 1080 display.

Rumors of a 27-inch Retina display or iMac from Apple have been circulating for some time, but have picked up steam in recent weeks with a specific claim of a 5K Apple display launching before the end of the year, as well as Dell's own announcement of such a display. With finalization of the DisplayPort 1.3 specification, connectivity will also become easier as that standard rolls out, allowing for single-cable uncompressed video at 5K resolutions.

Update 6:46 AM: 9to5Mac is hearing similar information about Retina iMacs being in "late testing stages" at Apple.

Update 10:22 AM: Paczkowski has now included a blurb on the topic in his latest column, quoting a source saying "expect a fall release." 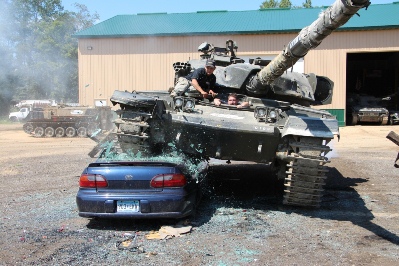 troop231
Hopefully this means a Retina Thunderbolt Display will be out around the same time as well. :)
Score: 25 Votes (Like | Disagree)

Am I the only one who thinks this isn't a good idea? Cramming double the resolution into the same size screen? My eyes aren't getting any younger, and while I can increase the font size etc. why should I have to?

At a certain point such high resolutions don't make sense without a corresponding increase in monitor size.


Have you been sleeping in the last few years? The size of the UI elements won't change at all, only the pixel density gets quadruplicated, which is actually very good for your eyes.
Score: 18 Votes (Like | Disagree)

AMD? Oh boy... It's time for Apple to find a better solution.

Macboy Pro
Very welcome news. Just let us upgrade the RAM and I am all in :-)
Score: 15 Votes (Like | Disagree)

Friday January 15, 2021 6:17 am PST by Hartley Charlton
Incoming Intel CEO Pat Gelsinger has said that the company must "deliver better products" than Apple, which he described as a "lifestyle company," and says that Intel's best days are "in front of it" (via The Oregonian). Speaking at an Intel all-hands meeting yesterday, Gelsinger derisively implied that Apple is merely a "lifestyle company," so Intel must be able to surpass its technology: ...
Read Full Article • 319 comments

Friday January 15, 2021 10:23 am PST by Juli Clover
Apple is developing two versions of the Mac Pro to succeed the Mac Pro that was first released in December 2019, according to a new report from Bloomberg. The first updated Mac Pro is a direct successor to the current Mac Pro and it will use the same design. It may also be equipped with Intel processors rather than Apple silicon chips, and it could be one of the sole machines in the Mac...
Read Full Article • 245 comments