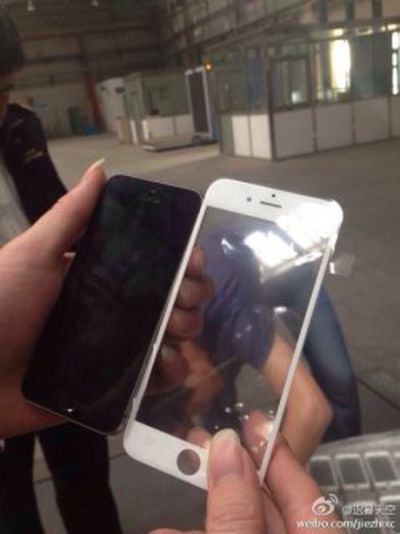 One of the biggest rumors for the iPhone 6 was a new sapphire display cover courtesy of Apple's partnership with GT Advanced Technologies. Some rumors had suggested sapphire might be limited to high-end models, but at the device's unveiling earlier this week the feature was nowhere to be found on any of the new models.

According to Margolis' sources, the issue was not GT's production, as the company is said to have been steadily shipping out sapphire from its factory in Mesa, Arizona. The issue appears to have occurred in the next step in the supply chain, where finishers in China struggled with yield issues turning the sapphire into display covers.

The issue that emerged is that the finishers were still having trouble creating the sapphire edges and yields were only at 25% or less. I am under the impression that GT’s management knew about this last minute shift away from sapphire screens prior to the August 5th conference call and it may have resulted in lower guidance for 2014 by $100m.

Margolis reports the sapphire supplies have been diverted for the Apple Watch for the time being as the finishing yield issues on the iPhone displays is resolved, and GT continues to manufacture sapphire as rapidly as it can.

What is unclear is how the omission of sapphire displays from the iPhone 6 will affect GT's deal with Apple, which involves certain milestone payments from Apple to GT. It appears unlikely that Apple would bring sapphire to the iPhone until it unveils an "iPhone 6s" a year from now, so it is not entirely clear whether it needs or wants to stockpile GT's output for an entire year or if it has other nearer-term plans for the material beyond the Apple Watch.

I believe GT and Apple still have very big plans for sapphire as a cover screen on mobile devices. Apple may pay continue to pay GT for sapphire bricks that they ship even though the iPhone is not covered up by a sapphire cover screen. Another option thrown on the table is that Apple could even push back the Apple prepayment requirements until the finishing yields are addressed. One item that remains clear is that GT will continue to push out as much sapphire as humanly possible from Mesa.

Apple's iPhone 6 and 6 Plus without sapphire display covers will see pre-orders launch in a number of countries at 12:01 AM Pacific Time tonight, with availability coming on September 19.

Update: Cult of Mac has received evidence of a delivery confirmation showing nearly two tons of sapphire being shipped from Lens Technology back to GT, perhaps for reprocessing before being reused for another purpose.

slicecom
Meh, I've never broken or scratched an iPhone screen, and I've owned all the major versions, so unless it's thinner and more clear, or less reflective, I don't really see the advantage unless you're hard on your devices.
Score: 17 Votes (Like | Disagree)

aristotle
Wouldn't sapphire be more brittle and prone to breakage? Are we taking all rumours as fact now?

There was nothing but rumours.
Score: 15 Votes (Like | Disagree)

bpeeps
I didn't realize how many people were looking forward to sapphire screens. Most will slap a screen protector on it anyway.
Score: 12 Votes (Like | Disagree)

dannyyankou
I'll be holding off for the 6S then!
Score: 11 Votes (Like | Disagree)
Read All Comments