Last month, luxury modified iPhone vendor Feld & Volk [Instagram page] shared some high-quality photos and a video of the purported rear shell of the iPhone 6. The part was in an intermediate stage of production, and thus had not been fully processed and polished, but it still offered a good look at the device's body.

Feld & Volk has now received what it believes to be a completed 4.7-inch iPhone 6 rear shell and has shared some new photos revealing a few features not highlighted in previous leaks. Among these is a good look at the volume button cutouts, which have now been recessed slightly in a change that will allow for a lower profile along the edges and decreased likelihood of accidental volume changes.

Similar recesses for the volume buttons have been seen on a purported "perfect replica" and claimed actual rear shell for the next-generation iPad Air.

Feld & Volk's photos also offer a look at the embedded Apple logo, something Apple has not used on the iPhone since the original iPhone back in 2007. Feld & Volk says the embedded logo is very similar to that seen on the original iPhone, but says it is made of "very extraordinary" scratch-resistant metal that it speculates could be a Liquidmetal alloy, although there is no specific evidence supporting that speculation.

Another photo shows what seems to be an external camera ring, which measures 6.66 mm in diameter and reportedly fits perfectly on the rear camera hole of the shell. Leaked design drawings and physical mockups have indicated that the 5.5-inch iPhone 6 may see a protruding rear camera as seen on the current iPod touch, but so far those leaks have all pointed to a flush camera for the smaller 4.7-inch model, so it remains to be seen whether this camera ring does indeed pair with the rear shell of the 4.7-inch model.

Finally, the set of parts includes a long flexible cable previously seen in another photo leak. As with the previous leak, Feld & Volk speculates that it could be for the home button, but given its length we wonder if it is actually a flex cable for an upcoming iPad.

Apple is all but confirmed to be holding its annual iPhone media event on September 9, although it is unclear whether both the 4.7-inch and 5.5-inch models will be arriving simultaneously. At a minimum, the 4.7-inch model should launch in the first wave of countries roughly a week and a half after the event, based on past release patterns.

Talk about sacrificing practicality over a sleek design.. Laying this on every surface will be a pain.
Score: 44 Votes (Like | Disagree)

Ichabod.
Hmm, protruding rear camera would potentially make it see-saw when using it on a flat surface.

All this doubling down was getting annoying.
Score: 17 Votes (Like | Disagree)

Would love to have it look like this below (via nowhereelse.fr): 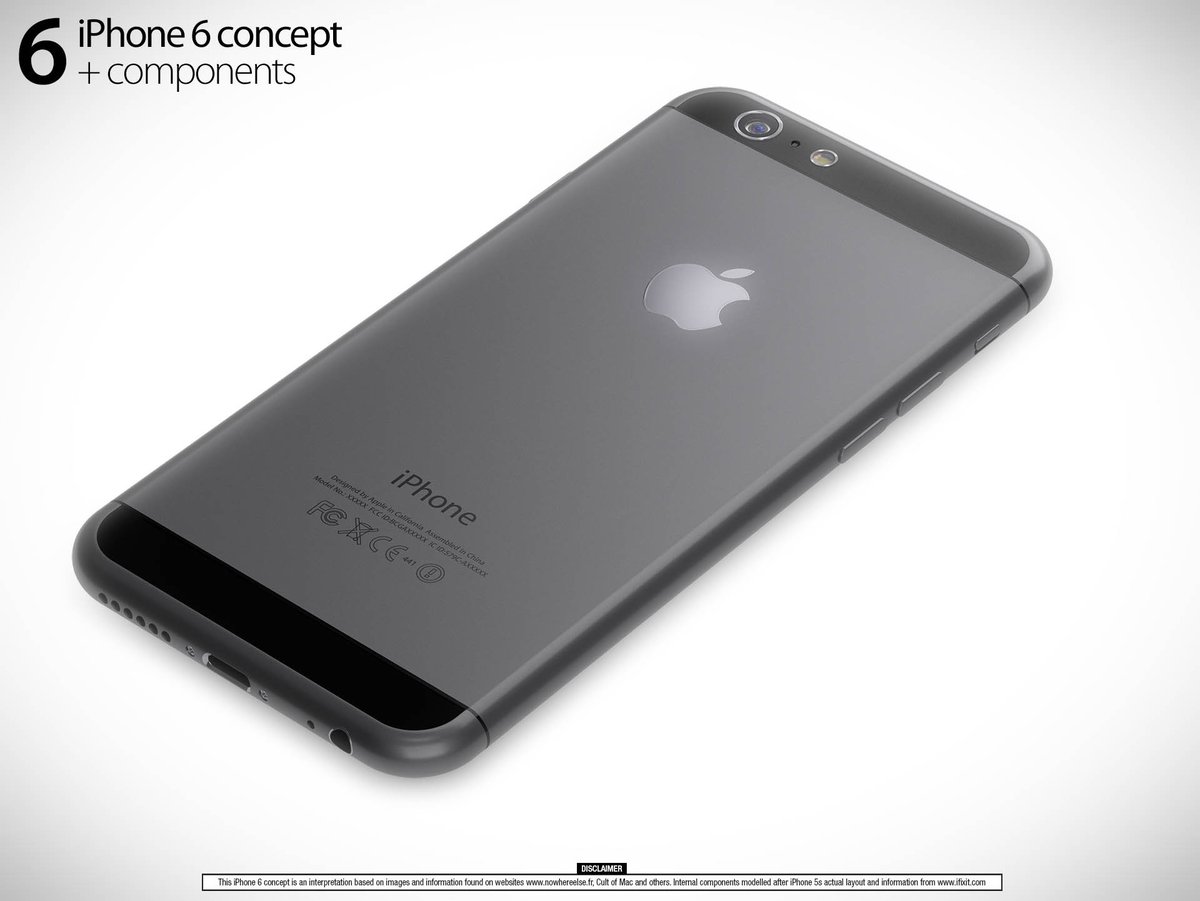 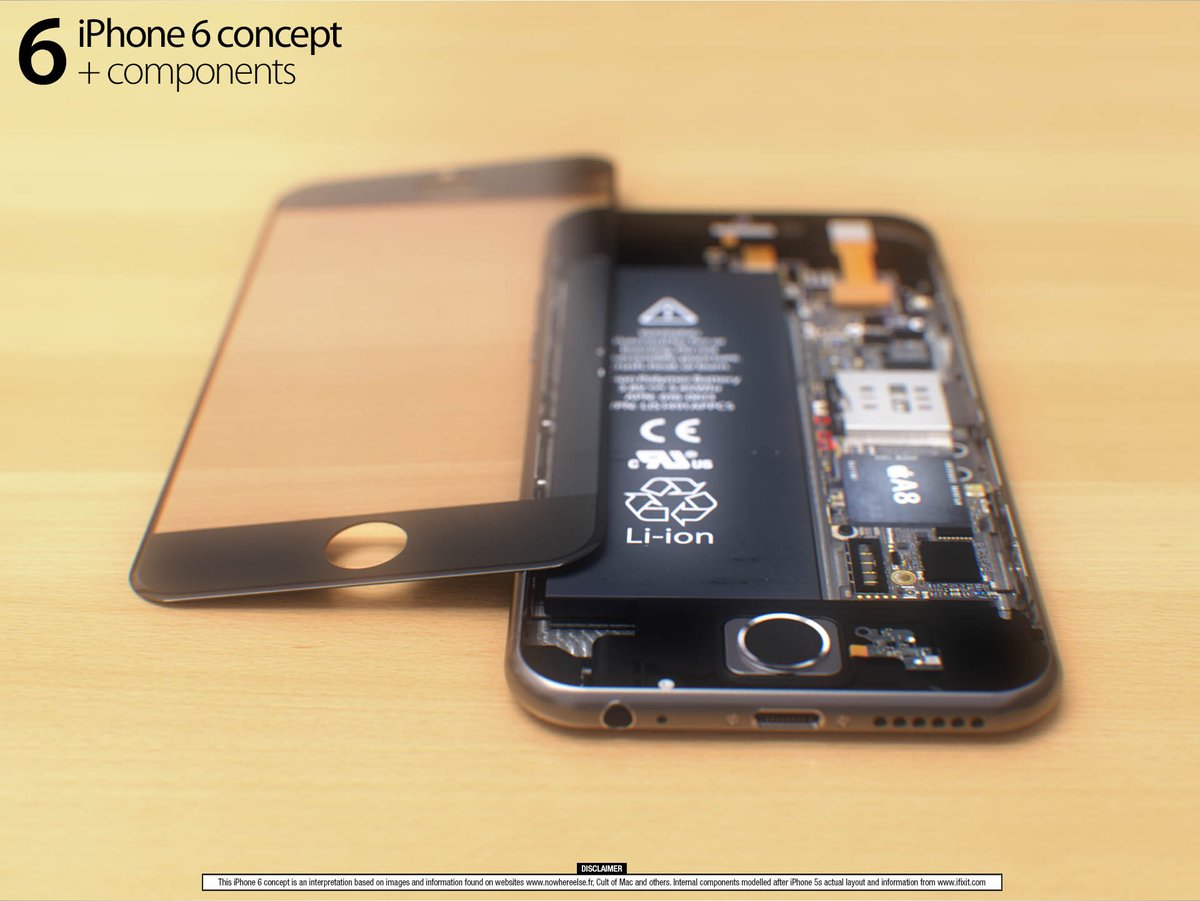 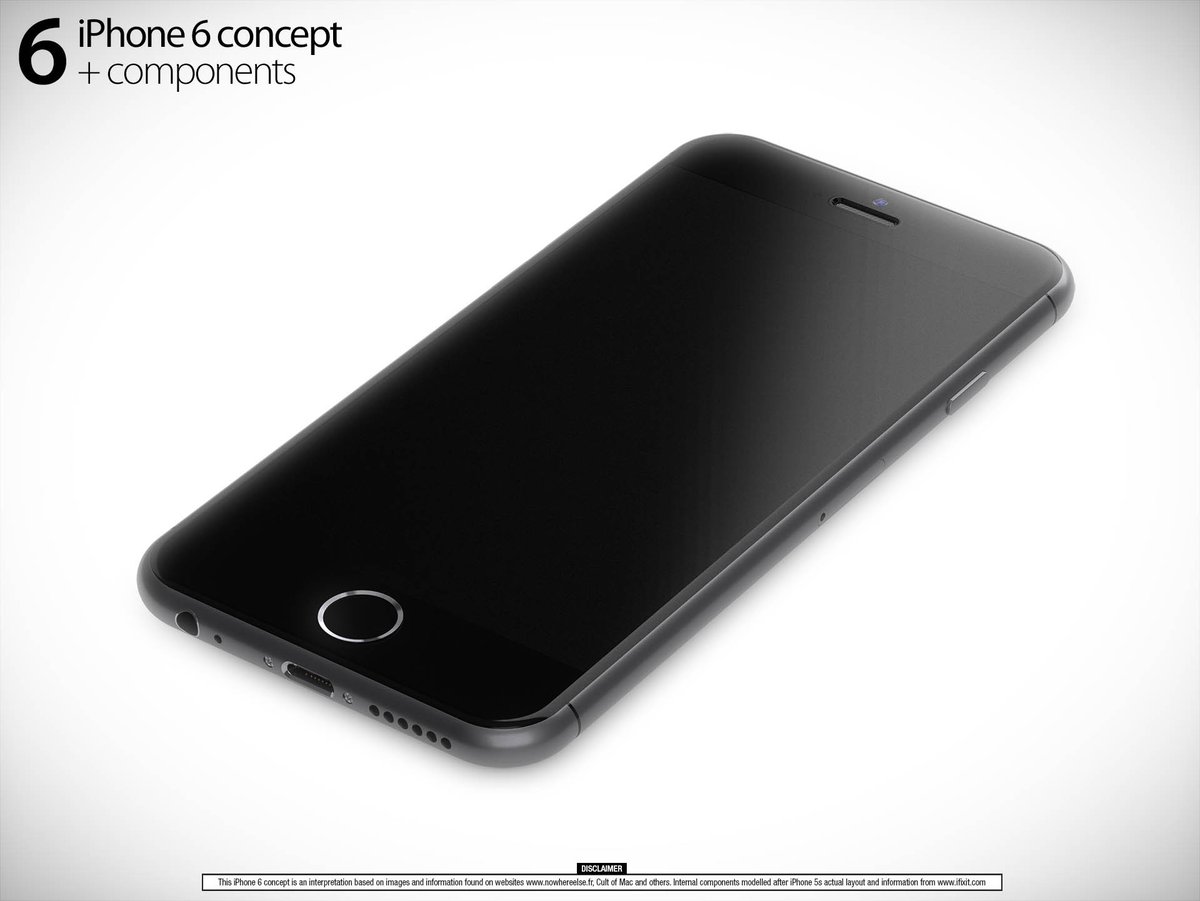