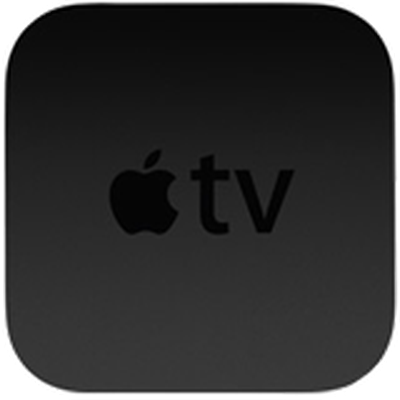 The Apple TV may gain a new FXNOW channel that includes Simpsons World content, according to TV writer Jason Lynch who tweeted the news yesterday (via iLounge). Lynch said the FXNOW channel will come to the Apple TV, Roku, and other devices within the next 12 months.

FXNOW is the on-demand portion of the FX, FXX, and FXM television channels, all of which are owned by the Fox Entertainment Group. The FXNOW Apple TV channel will reportedly include content from The Simpsons, branded Simpsons World, which offers all 552 episodes of The Simpsons along with additional content. Simpsons World, debuting in October, will allow fans to search for and watch any episode or clip of The Simpsons on demand on FXNOW.

Currently, supported cable providers for the existing FXNOW channel include AT&T, Cablevision, Comcast, Cox, and Time-Warner. Simpsons World access will also be available through the FXNOW app for the iPad.

Stop adding channels and let us pick for ourselves...don't understand why Apple allows this on the Mac/iPhone/iPad but not the Apple TV.

Cool for the Simpsons, but of course you need a cable subscription. iTunes needs a new/tv show video streaming service. People would pay.
Score: 6 Votes (Like | Disagree)

I love The Thompson's.

critter13
get over it

content owners aren't going to give up content for free. until there is a paid streaming package that apple offers up, you will not see major networks have apps without cable logins. I know we all want it but seriously it is time for people to wake up. Why would FX built an app for appleTV and have all their content available for free? Cable companies would lose subscribers which means FX would lose money.

Until there is enough traffic to convince advertisers to spend a lot on ads for streaming properties, networks will keep requiring a login.

I agree, this is pointless for anyone interested in cutting the cable. It's even more annoying that I can't edit the 3 dozen icons that I'm not able to and will never use.


You can edit/hide the channel icons under Settings/Parental Controls.
Score: 4 Votes (Like | Disagree)

Ugg
I agree, this is pointless for anyone interested in cutting the cable. It's even more annoying that I can't edit the 3 dozen icons that I'm not able to and will never use.
Score: 4 Votes (Like | Disagree)
Read All Comments