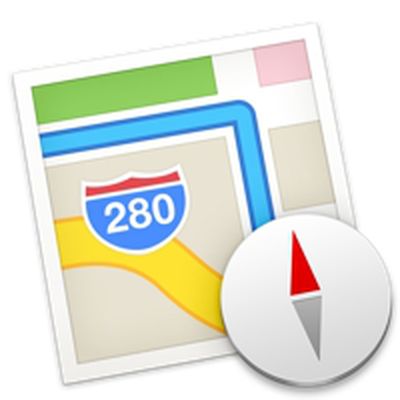 Chris Blumenberg, a key Apple engineer who has long worked on Maps for iOS and OS X, is leaving the company to take a position with Uber, according to a report by The Information. Blumenberg is the latest of a number of departures from Apple's Maps team, which has been suffering from internal politics.

Blumenberg is a 14-year veteran of Apple, initially working on Safari for OS X and later iOS. He famously built a version of Maps for iOS in just a few weeks in late 2006 so that Steve Jobs could demo it at the iPhone introduction in January 2007. For the last six years, Blumenberg has managed the Maps Apps & Frameworks group, overseeing a team of at least 40 employees handling Apple's Maps apps on iOS and OS X. From his LinkedIn profile:

My team is primarily responsible for the Apple Maps app and the MapKit framework. Since 2006, we've worked on a number of Google and Apple service-backed features such as local search, directions, street view, next destination and CarPlay. I proudly drove and guided the implementation of vector maps, Flyover and navigation during the shift from Google's services to Apple's services in 2012.

Apple's issues with its Maps team have reportedly slowed the company's work on that initiative, so much so that there were virtually no mentions of Maps at the company's Worldwide Developers Conference keynote last month. Apple reportedly has a number of iOS Maps improvements in the works, including transit directions and improved points of interest, but it is unclear whether they will be ready in time for the public release of iOS 8 later this year or if they will need to be held for a later update.

Apple builds the best interfaces, but they don't have the data to back those interfaces in this case. Just admit google is better this one time.

They dropped Google because Google didn't put things like turn by turn navigation in, when they did for the Android version. Also Google wanted their logo plastered over the maps app, which Apple didn't. They put Apple in a tough spot and didn't really give them an option.

So Apple made their own, and then Google brought out their own iOS map application which had all the features Apple requested in the first place.

I'd provide sources but thought this was common knowledge on MacRumours.

EDIT: as mentioned by other posters, Google also wanted people's location data. As I'd argue Apple are one of the most transparent and pro-privacy tech companies existing today, it's quite obvious why they were in a position where they had to decline. Google played the cartel card, and Apple wasn't having it.
Score: 21 Votes (Like | Disagree)

Apple builds the best interfaces, but they don't have the data to back those interfaces in this case. Just admit google is better this one time.


Sigh, here we go again. Lest you remember, coincidentally we did not have turn by turn navigation built into the Google Maps app until AFTER Apple Maps came out.
Score: 13 Votes (Like | Disagree)

Am I the only one that find Apple's Maps to be fine? :rolleyes:


Certainly not, but you're on MacRumours, which for some reason is now a home for Apple haters. :D
Score: 11 Votes (Like | Disagree)

dleute
Apple Made a mistake

Apple builds the best interfaces, but they don't have the data to back those interfaces in this case. Just admit google is better this one time.
Score: 11 Votes (Like | Disagree)

diddl14
So do we now have to worry when using Uber services of ending up at totally different places?
Score: 10 Votes (Like | Disagree)