Apple's iPhone continues to grow in popularity with U.S. teenagers, according to Piper Jaffray analyst Gene Munster's latest semiannual teen survey [PDF], which asked 7,500 teens about their device preferences. 61 percent of teens now own an iPhone, compared to 55 percent from a survey conducted in October 2013 and 40 percent in the fall of 2012.

The Spring 2014 survey also covered prospective teen interest in an Apple smart watch, which the company is said to be developing. Of the 7,500 teenagers surveyed, six percent currently own a smart watch and 17 percent of teens would buy an iWatch if Apple were to sell it for $350 or less.

The bigger takeaway from our survey is that 17% of teens suggested they would be interested in an iWatch, which we believe is an indication of consumer thirst for not only the iWatch specifically, but the new product categories that have been promised by Apple.

In the past, Samsung has attempted to position its Galaxy phones as the choice for teenagers by portraying the iPhone as "uncool," but this marketing tactic appears to be largely unsuccessful given the segment's growing interest in Apple products.

Despite the iPhone's popularity, the iPad has become slightly less popular with teenagers as competitors like Google and Kindle have released more affordable options. Android tablets in particular have seen consistent growth among teens, even after the launch of the Retina iPad mini and the thinner and lighter iPad Air.

inkswamp
This is interesting especially in light of all those consumer surveys from a couple years ago that showed increasing numbers of Android users planning to buy iPhones and few going the other way.

I've joked that dealing with the Android clusterf*** for 2 years is enough to make anyone an iPhone user, but I'm starting to think that's what is actually happening. I watched it happen with my wife and my daughter, both of whom loved their Android phones at first, but grew weary of its eccentricities after 6 months and switched to iPhones. I know others who have done the same. I know of nobody who grew to hate their iPhone and jumped to Android.

It's anecdotal, I know, but it does fall in line with the consumer surveys from the last few years.
Score: 13 Votes (Like | Disagree)

macduke
But...but...but all the Samsung commercials say iPhones are for old people!
Score: 9 Votes (Like | Disagree)

Parents are in for a rude awakening once they discover cell phone companies are going away from this and you're paying for your phone outright.


No they aren't. Phone companies are moving towards installment plans. So it will just be another monthly fee along with the bill.
Score: 8 Votes (Like | Disagree)

DipDog3
The reason is probably because the iPhone is subsidized & the iPad is not.

Parents probably don't mind paying $100-200 for a kid's iPhone (since all subsidized phones cost about the same), but they will balk at spending $500 for an iPad when other tablets are much cheaper.
Score: 7 Votes (Like | Disagree)

joshisaboss
At my high school (I'm in Year 9) however Samsung is 'The Next Big Thing' as all the 'popular' kids have S4s and the like while iPhones are pretty much what Nokia was in the late 2000s, as a phone for mums and 'old people (Samsung marketing victims).
Score: 4 Votes (Like | Disagree)

But...but...but all the Samsung commercials say iPhones are for old people! 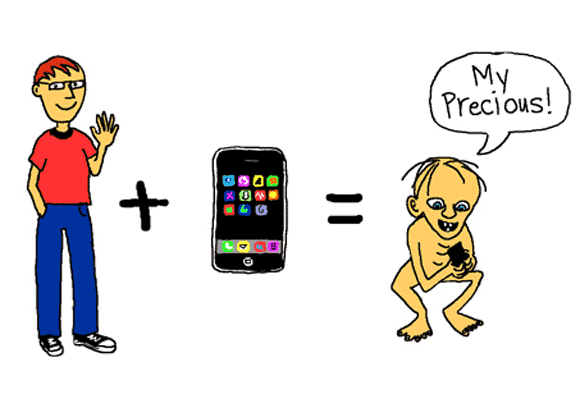 Friday September 23, 2022 7:08 am PDT by Joe Rossignol
Apple plans to release new MacBook Pro models in the fourth quarter of 2022, according to supply chain publication DigiTimes. The report does not mention specific models, but it very likely refers to the next-generation 14-inch and 16-inch MacBook Pros given that the 13-inch model was already updated earlier this year. There has been uncertainty surrounding the timing of new 14-inch and...
Read Full Article • 163 comments