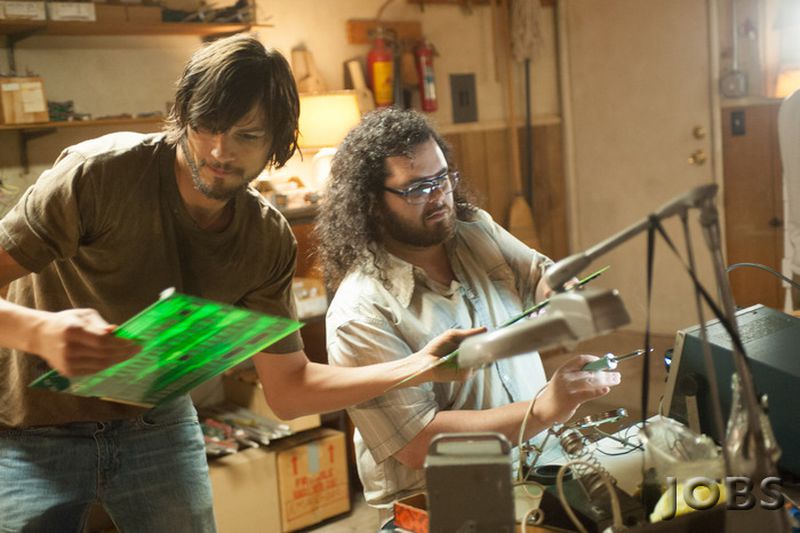 Originally released in August 2013, the independent film received mixed reviews with many critics saying the movie focused too much on Apple and not enough on the character of Jobs, providing only a "skin-deep portrait" of the complex figure who lead Apple to greatness. It earned a 27% approval rating among critics and a 41% audience approval rating on movie review site Rotten Tomatoes.

Update 1:10 PM: "Jobs" is no longer available for streaming on Netflix. It is unclear why the film was removed from the site and if the unavailability is only temporary.

I've heard this is awful - anyone care to say why

it is 2014 and they still charge more for HD. ridiculous :rolleyes:
Rating: 14 Votes

0xyMoron
Comon guys it's not THAT bad. :rolleyes:
Rating: 10 Votes

everything-i
Or you could wait a couple of months and it'll be in the bargain bin at your local store for $2.50 :rolleyes:
Rating: 7 Votes

inkswamp
Just watched it yesterday. It was entertaining and well done and not once did it lose my attention. Not a perfect movie, but by no means was it the crime against humanity that some Apple fans make it out to be. :rolleyes:

The biggest criticism I can make of it is that it felt sort of cartoony and exaggerated at points, but I think that was actually the intent.
Rating: 5 Votes

mdelvecchio
it was ok

not the greatest film, not the worst. the trailer's narrative was probably better than the movie's, and of course there are some inaccuracies, but as an enthusiast i enjoyed it well enough. better than Transformers or some crap, which im sure plenty of the naysayers eat up w/ a spoon...

I wouldn't watch it if they paid me.


you should make up your own mind. you know, not being a sheep and all?
Rating: 5 Votes

qwertme
Not going to watch it

Not going to watch it out of respect for Woz.
Rating: 5 Votes

talmy
I thought Funny or Die's iSteve was a much better biopic even though it was a satire.
Rating: 5 Votes

I've heard this is awful - anyone care to say why


I'm a Steve Jobs fan, and I agree that this movie is awful. I only watched 30 minutes, and could not continue. I was like, meh?

Reason is: It's boring. Watching the real Steve Jobs introduce the iPhone, for example, is magical. Watching Ashton Kutcher do it is painful to watch. You've got different camera angles to work with, mood music you can use, and it all comes out just boring, and like why couldn't they have shot it this way, and cut out that, and you KNOW the material, just wishing they showed it differently. People walking around on campus talking seems so boring too. There are many ways to make it more exciting, and actually stick to the actual events better, but no - it's just not well done.

I think one of my issues is that there was no back story. Spend a minute and show people using phones before the iPhone. Show technology the way it was before the iPhone introduction. Then wow people. But showing 7 year old technology with a guy saying it's amazing and the audience being excited makes no sense without perspective. It's like Star Wars 1 (The Phantom Menace) - they killed Darth Maul before he did anything. He acts like all bad-ass, but he did nothing but put stupid makeup on, then fight someone and die. Darth Vader has anticipation built up and a back story that you know him, so he's not the joke that Darth Maul is.

I'm awaiting for the 2nd Steve Jobs movie and see if that's well done or not.
Rating: 4 Votes