Flappy Bird to Return to the App Store

Flappy Bird creator Dong Nguyen has plans to return his hit game to the App Store, according to several interactions the app developer has had with fans. In a recent tweet discovered by Gawker, a fan asked Nguyen if he would return Flappy Bird to the App Store, and he answered "Yes. But not soon." 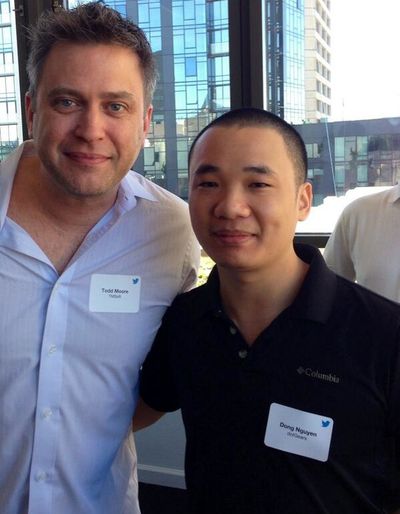 Creator of Flappy Bird found and he told me he is going to repost it to the App Store!!! pic.twitter.com/odmKbWaTw8 — Todd Moore (@toddmoore) March 19, 2014

Nguyen first hinted that he might reintroduce Flappy Bird during an interview with Rolling Stone earlier this month, where he said he was "considering" the move. In the same interview, Nguyen revealed that he pulled the app from the App Store back in February both because of the attention it was garnering and because it was overly addictive.

At the height of its popularity, Flappy Bird was earning Nguyen more than $50,000 per day, and even removed from the App Store, the game has continued to earn money. In its absence, hundreds of Flappy Bird clone apps have been released on the App Store, each one attempting to earn some of the revenue Nguyen was able to pull in.

It is unclear when Flappy Bird might make its way back to the App Store, but Nguyen has said that when he re-releases the app, it will come with a warning: "Please take a break."

Goldfrapp
Plot twist: Apple rejects the app for containing the word 'flappy' in the name.
Score: 91 Votes (Like | Disagree)

Respect has gone down the drain.
Score: 40 Votes (Like | Disagree)

It is unclear when Flappy Bird might make its way back to the App Store, but Nguyen has said that when he re-releases the app, it will come with a warning: "Please take a break."


You know what else we need a break from? Talking about this game.
Score: 25 Votes (Like | Disagree)

Watabou
I'm getting really tired seeing Flappy Bird on the front page of macrumors. I thought iOS Blog was where stuff about iOS is posted.
Score: 22 Votes (Like | Disagree)

BvizioN
And hopefully we won't read anymore about it here.
Score: 21 Votes (Like | Disagree)