Apple to Introduce Full-Screen Video iAds to Apps This Year 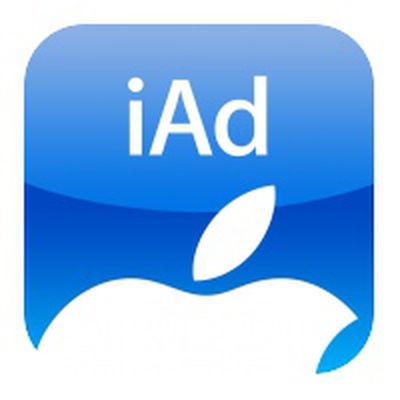 Apple plans to introduce full-screen video iAds for apps on the iPhone and the iPad later this year, reports AdAge. The new ads, described as "interstitials," will allow developers to opt into ads that play in between levels within a game or in between articles in a news-style app.

Full screen ads will mark a departure from Apple's typical advertising style, which has limited iPhone iAds within the App Store and iTunes Radio to less obtrusive banners that must be clicked for a video ad to be played. iTunes Radio also features audio ads, but full video ads within apps are arguably more interruptive.

Some free-to-play apps already feature full-screen third-party video ads. Zynga's Draw Something on iPad, for example, requires users to watch a video ad before allowing them to move on to the next level, a task that takes several seconds away from gameplay. Apple currently permits full-screen video iAd advertisements within some iPad apps, but today's report suggests the ads could also be extended to other iOS devices.

Since its 2010 introduction as a way for developers to make money on the iOS platform, iAd has been largely unsuccessful attracting developer interest and revenue. Apple has, however, been attempting to revive iAd with a new focus on iTunes Radio.

The in-app video ads may be a way for Apple to rekindle advertisers' interests in its fancy-but-flawed iAds. The ad product line was unveiled in 2010 with all the pomp and circumstance of a new iPhone, but they've struggled to gain traction in the market. Advertisers were initially asked to drop $1 million for the rich-media units, which more closely resemble a mobile microsite than a banner. That price tag has dropped to $100,000 over the years, even as Apple has added features like maps.

Few details are available on the video ads, including how Apple plans to sell and price the spots, but they may be positioned as a way to further entice new advertising partners to advertise via the service. The introduction of iTunes Radio, which has the potential to bring in quite a bit of revenue, already garnered Apple several major advertising partners, including McDonald’s, Nissan, Pepsi, and Procter & Gamble.

Apple's ad sales, which were at just $125 million in 2012 according to IDC, have lagged significantly behind those of other companies, including Google, but the new video ads along with revenue from iTunes Radio may shift those figures considerably in the years to come.

brendu
I will avoid any app that implements these video ads at all costs. I hate forced ads. I'd rather just skip the app altogether.
Score: 50 Votes (Like | Disagree)

Risco
Will they give us extra 5GB of data for free each month as well? :p
Score: 28 Votes (Like | Disagree)

musika
I am filled with joy.
Score: 28 Votes (Like | Disagree)

I was hoping for less suck in the future, but it looks like there is only more suck ahead.
Score: 24 Votes (Like | Disagree)

nepalisherpa
Oh no! :( I can already see how this is going to be abused by developers.
Score: 16 Votes (Like | Disagree)
Read All Comments