Microsoft is set to cut pricing of Windows 8.1 by 70 percent for computer and tablet manufacturers, according to Bloomberg, partly due to increased competition from both Apple and Google in the PC space. 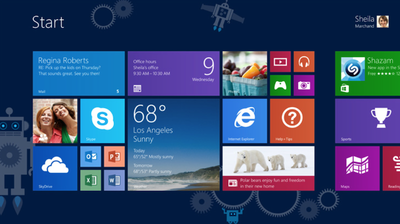 Stronger competition from Apple Inc. (AAPL) and Google cut revenue last quarter at Microsoft’s devices and consumer licensing division, which includes Windows software, as the computer industry posted its biggest annual decline on record. By offering incentives for PC makers to sell cheaper models, Microsoft may be able to increase its share of the growing $80 billion tablet market and stave off Chromebooks, notebooks that run Google’s operating system.

Under the new terms, manufacturers will be charged $15 for Windows 8 licenses to preinstall it on devices that retail for less than $250. Previously, the fee was $50, although many manufacturers were able to pay $30 because of incentives provided by Microsoft.

The software company said last month that Windows 8 adoption was moving at a slower pace than Windows 7. Over the past several years, notebook and desktop PC sales have declined as lighter, more portable tablets have surged in popularity -- an area that, so far, Google and Apple have dominated.

peteullo
What happens to a software company that can't sell software?
Score: 55 Votes (Like | Disagree)


And it doesn't have to be free. If Microsoft wants to charge for their software/OS, then so be it. They make money primarily off software; Apple's main revenue stream is hardware.
Score: 26 Votes (Like | Disagree)

akbarali.ch
It's a terrible time for Microsoft.

Google sells ads and makes money from it.

They both give the software free.

How Microsoft will make money from its software if competitors are giving away free.

SchneiderMan
Still overpriced. It's not even worth a $1 compared to OS X. My Wndows days are happily behind me.

What happens to a software company that can't sell software?


The do make pretty nice mice :)
Score: 17 Votes (Like | Disagree)
Read All Comments