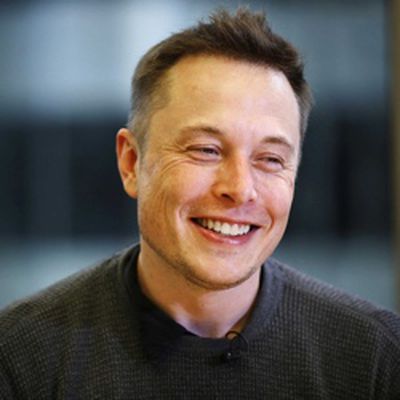 Following a report earlier this week suggesting Apple had considered purchasing Tesla, Tesla CEO Elon Musk today confirmed in an interview with Bloomberg Television that his company "had conversations" with Apple. Musk went on to say that he could not comment on whether the conversations had revolved around any kind of acquisition, but he did confirm that at the current time, an acquisition of Tesla seems "very unlikely."

If one or more companies had approached us last year about such things there's no way we could really comment on that. We had conversations with Apple, I can't comment on whether those revolved around any kind of acquisition.

News of Apple's meeting with Tesla first came to light over the weekend, when the San Francisco Chronicle reported Musk had met with Adrian Perica, Apple's head of acquisitions, and possibly Apple CEO Tim Cook. While the site speculated the meeting pertained to a possible acquisition, other sources have since suggested Apple may have been meeting with Tesla over iOS device integration in the company's electric cars or about a potential battery deal between the two.

As noted by The Los Angeles Times, Musk last month announced plans for a massive lithium-ion battery plant, which will be constructed in partnership with "some other companies." Tesla is expected to make an announcement about the plant later this month, and it's possible Apple, which uses lithium-ion batteries for many of its portable devices, could be involved in that venture.


When asked whether Tesla was for sale, Musk told the interviewer that an acquisition was unlikely because the company needs to stay "super focused" on its goal of creating an affordable electric car, though he did not rule out the possibility of an acquisition entirely.

If there was a scenario where it seemed like it would be more likely that we would be able to create the mass market sort of affordable, compelling car then possibly it would make sense to entertain those discussions. I don't currently see any scenario that would improve that probability, so that's why I think it's very unlikely.

Apple CEO Tim Cook recently said the company is open to making large acquisitions if it makes sense, but he has also said that Apple will focus on the very few products that "deserve all our energy." Apple currently holds nearly $160 billion in cash while Tesla has a market cap of approximately $24 billion.

musika
I'd personally prefer to see Tesla make it on their own. They've done so much, and they have the potential to be another Apple-like company on their own.

So many innovative companies are being consumed by the current giants. That's not a bad thing, per say, but I'd just like to see some companies stick it out on their own.
Score: 7 Votes (Like | Disagree)

What would Apple gain by buying Tesla ?

Tankmaze
What would Apple gain by buying Tesla ? I'm guessing not much.
Score: 5 Votes (Like | Disagree)

CFreymarc
Odds are these Apple / Tesla talks are about getting "iOS in the Car" designed into the next model years of Teslas. The Tesla X may be the first to ship with iOS in the Car.

They are local to Apple and don't have the decades of Not Invented Here that way too many automotive manufactures have towards their center electronic stacks.
Score: 4 Votes (Like | Disagree)

Here's a wild thought: Elon Musk as the next CEO of Apple.


Elon's ambitions are much bigger than Apple's focus. While he might make a good CEO, I doubt he'd remain happy for long. The world is better off with Elon doing his own thing.
Score: 3 Votes (Like | Disagree)
Read All Comments

Thursday September 29, 2022 12:38 pm PDT by Juli Clover
Tony Blevins, Apple's vice president of procurement, is set to depart the company after he made a crude comment about his profession in a recent TikTok video, reports Bloomberg. Blevins was in a video by TikTok creator Daniel Mac, who was doing a series on the jobs of people he spotted with expensive cars. After seeing Blevins in an expensive Mercedes-Benz SLR McLaren, Mac asked Blevins what ...
Read Full Article • 410 comments