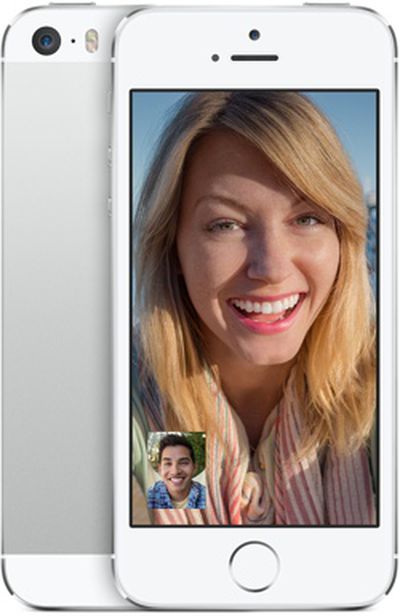 Sony may provide Apple with image sensors for both the front and rear cameras in a future iPhone, according to a new report from Japanese business site Nikkei, which suggests that Apple and Sony are in negotiations that would double Sony's shipments to the Cupertino company in 2015.

The Japanese firm already supplies nearly all of the CMOS (complementary metal-oxide semiconductor) sensors for the current iPhone models' rear-mounted main cameras. Apple is likely looking to switch to Sony sensors for the secondary camera on the screen side, used for taking self-portraits.

Sony recently purchased a new manufacturing plant, reportedly aimed at stepping up production in order to comply with Apple's request for more sensors. Sony will invest 35 billion yen in the facility, which will boost its monthly production capacity by 25 percent.

Sony, a camera manufacturer itself, is well-known for its impressive sensors and its work getting large, light-absorbing sensors into small cameras. Apple too has focused its efforts on improved sensors and low-light picture taking capabilities even as its competitors, like Nokia, aim to focus only on higher megapixels.

Apple has greatly improved its iPhone camera with each iteration, and the iPhone 5s, its best camera yet, utilizes a larger sensor with a lower aperture for higher quality low-light photos. It is likely that with Sony supplying sensors, the front-facing camera in a future iPhone could see some significant improvements as well.

It does not appear that the Sony-sourced front-facing camera sensors will make it into the iPhone 6 given the timeline specified in the article, and will instead be included in a future iPhone.

As for the iPhone 6, it remains unclear what camera improvements Apple may implement. While an initial rumor suggested the company would continue utilizing the 8-megapixel rear sensor in the iPhone 5s, a subsequent report pointed to a 10-megapixel or higher sensor for the rear-camera with an f/1.8 aperture and an improved lens filter.

Apple should buy Sony. I heard they are in financial trouble. The possibility isn't impossible.


Sony are doing fine, they have some amazing cameras out and their upcoming OLED and 4k tv's are arguably the best coming to market highly impressing at CES.

Not to mention the amazing success they have had with the PS4 which has blown Microsofts offering away on a hardware front.

Also as one of Japan's most famous and largest companies which has branches in to a variety of technologies the government would never allow them to go down it would be just to damaging to an already perilous economy.

If Sony start using more of their latest camera sensors then we are in for a pretty special camera on the next few iphones.

The thing about Nokia cameras is they over saturate and that is what people are used to seeing on screens being sold to them. The Nokia phones ramp up the vibrancy so greens look like what we all imagine they do and skys are a deep blue, you lose natural gradations.
Score: 6 Votes (Like | Disagree)

"Apple too has focused its efforts on improved sensors and low-light picture taking capabilities even as its competitors, like Nokia, aim to focus only on higher megapixels. "

Well, to put it mildly, this is far from the truth...

Kind of a strange article. First, this:

According to the DXOmark website, the top Nokia (808) has the top camera (barely) overall, while the Nokia 1020 is barely behind the iPhone 5S. Overall, the Nokias are slightly better at still photos, the 5S better at video. So, a strange thing to say.

That said, if people actually use the face-facing camera for Facetime videoconferencing, it makes sense for it to be at least ~3.6 MP and do a quality 720p. Do people actually use that feature much? I would rather they spent the time, effort, and money, on improving the low-light and high-contrast capabilities of the regular camera.


Agreed. The writer of this article may not really be into photography.
Score: 4 Votes (Like | Disagree)

carjakester
the front facing camera should have almost as good quality as the rear. a lot of people take more photos facing their way anyways. just my opinion.
Score: 2 Votes (Like | Disagree)

I'd rather have a higher bitrate camera on the main camera. That would be best.


This sentence is painful
Score: 2 Votes (Like | Disagree)
Read All Comments