Apple to Open First Retail Store in Brazil on February 15

Thursday February 6, 2014 3:04 am PST by Richard Padilla
Apple has confirmed on its website that it will be opening its first retail store in Brazil on Saturday, February 15. The store will be located in Rio de Janeiro's famous Barra da Tijuca borough, located at the VillageMall luxury shopping center. 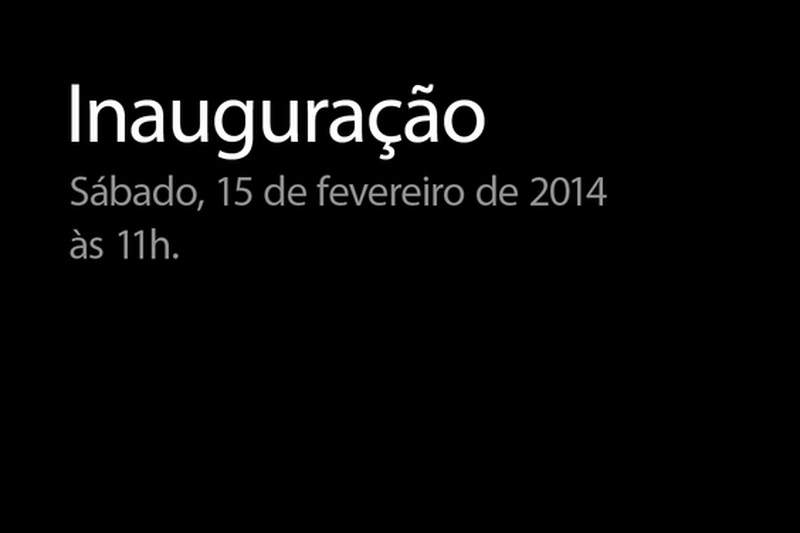 The news follows a report from last October stating that Apple was planning to open its first store in the South American country between February and March 2014, giving the location a few months to be up and running before the start of the FIFA World Cup being held in Rio during the months of June and July.

The prior report also stated that Apple would be seeking some of its U.S. Apple retail employees to temporarily relocate to Brazil to educate local employees about Apple retail procedures and act as in-store workers. However, it is unclear as to whether Apple actually followed through on the initiative or not. Apple's difficulty in recruiting employees for its Brazilian store was reportedly one of the reasons as to why the company could not open the store in July as originally intended.

Apple began hiring for its first Brazilian retail stores in November 2012, and has been working with Foxconn to move some iPhone and iPad production to the country to avoid hefty import taxes and allow Apple to expand its market share. Last October, a regulatory agency also granted Apple the authorization needed to sell the iPhone 5s and iPhone 5c in Brazil, as both phones launched in the country shortly thereafter. It was also reported earlier this week that the company will restart iPhone 4 production in order to sell the device in Brazil, India, and Indonesia.

strategicthinke
Do you know anything about Brazil?

Dear "silvetti", I wonder if you know anything about Brazil and Rio de Janeiro or if you are just a self-centered first world citizen with a "better-than-you" mindset. You'd be surprised at how much culture, development and wealth we have here...
Rating: 7 Votes

silvetti
They better put private security company with AR15's at the door and around or the stock will be over in a day :D
Rating: 3 Votes


Yes, Brazil does have a lot of culture, development in some areas and a sliver of wealth but it is also absolutely rife with violent crime. Silvetti's comment was on point but was clearly made in jest. Calling him/her self-centred was pretty lame. Are "first world" countries better? In most ways, of course they are. Does brazil have to be bad to make them good, no way...and does them being good make Brazil bad? Nope. Brazil has the ability to make itself just as good as any other country but it starts from the inside. It's great that you love your country, as you should...now do what you can to fix it, in any small way, rather than hurling childish insults.
Rating: 2 Votes


I live in Brazil too and recognise violence is an endemic problem in our country, so, why are you so offended? "Mongrel" complex??

Just to refresh you memory:

I live in Brazil, and I find the general inferiority complex quite annoying. Why does every potential criticism require an angry response? You could have interpreted the comment as saying that demand will be astronomical. Just relax, no one is picking on you or your country, at least not more then people make fun of other countries.
Rating: 2 Votes

brdeveloper
At least the "cariocas" will be able to return their Retina Macbooks because of screen issues in store, without having to send it to Apple by their own expenses as other brazilians have to do.

Anyway, it's a new era for consumer rights in Brazil if Apple keeps the same return policies they apply in developed countries. I live in Porto Alegre, so I'm still unable to enjoy the benefits of having an Apple Store nearby.
Rating: 1 Votes


Brazil has all these things, but it also has an astronomically high crime rate. Patients and staff at a Rio hospital were robbed recently so I can only imagine how tempting an Apple store will be.
Rating: 1 Votes


In what country do you live ?
You are not seriously going to tell me Brasil is considered a safe country, right ?

I have visited Rio de Janeiro and Recife, and granted some things are exaggerated by the media, others are NOT.

I also have several friends living in Rio.

FYI, I really like Brasil since they are the brother of my country, Portugal. I've even had 2 Brazilian girlfriends. So no prejudice here :)

2457282
Obrigado Apple! Just in time for the World Cup. During the month of June this could be the world's top grossing store.
Rating: 1 Votes

Santabean2000
Arrgh. Good for Brazil, but man I wish they'd expand their reach into other countries too, specifically Singapore!

I think you USA folk (esp) don't always appreciate how lucky you are with what's available to you - and not just through Apple.
Rating: 1 Votes