Wednesday December 4, 2013 6:23 am PST by Richard Padilla
Exact Editions, a London based digital publishing startup, has begun implementing Apple's iBeacon microlocation receivers to deliver location-based access to iOS Newsstand publications, reports TechCrunch. The iBeacon receivers are used as a part of the company's “ByPlace“ service, which can trigger location specific publications and other content once an iPhone or iPad is nearby.

In the first implementation of the program, patrons of Bar Kick in Shoreditch, UK can access soccer magazine "When Saturday Comes" and style magazine "Dazed & Confused" free of charge while at the bar, with the apps reverting to regular subscription status once out of range of Bar Kick's iBeacons. 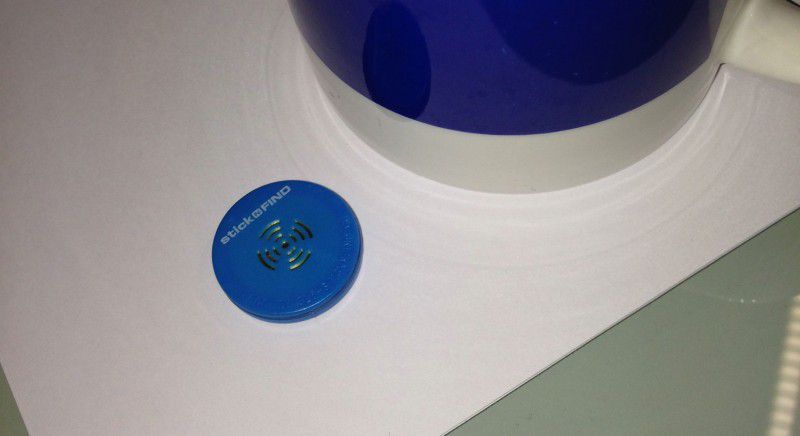 1. Suitable content can be selected (eg film magazines for a cinema wifi zone, fashion magazines for an arty venue, finance or business magazines for a location in the City or in an airline lounge etc.)
2. The venue can choose its content to suit its audience, and the iBeacon will generate statistics which indicate which magazines are most used and when.
3. There will be discreet but noticeable in-app branding for the venue, through the use of ‘courtesy panes’ within the app, stating the sponsorship eg “When Saturday Comes brought to you by courtesy of Bar Kick”.
4. As the venues get statistics on the usage of the apps that they host, and as they get in-app credit for the use of those apps, they will be able to measure to an extent the degree to which freely magazine apps generate repeat business. The customer who really enjoys his app and walks out with the app synced to his iPhone has a reason to buy a subscription in iTunes, but he also has a reason to return to the bar where he got some free access.

First introduced at WWDC, iBeacon microlocation APIs are designed to access location data through the Bluetooth Low Energy profile on iOS devices, interacting with physical transmitters. The technology first appeared earlier this year, when Major League Baseball announced plans to begin incorporating Apple's iBeacon APIs into its MLB.com At the Ballpark app to create interactive experiences within stadiums in the near future.

Apple is also said to be incorporating iBeacon technology into its own Apple Store app and retail stores, providing customers with enhanced location-based product information and in-store services. Recently, shopping app Shopkick and Macy's teamed up for the first retail-based iBeacons, allowing customers to find location-specific deals, discounts, and recommendations in the Shopkick app while in a participating Macy's store.

About the only downside to RFID is it tends to be shorter range, but active tags increase the range significantly.

That's a pretty freaking big downside. How much range do these tags give? The point of iBeacon is that it can provide services in places like department stores.


Could someone kindly break down what exactly iBeacon is and does?
I know it's for the majority of people, but since it keeps coming up I'd like to have an idea of what it is and potential uses for it.
Thanks :p


The easiest example I can give:

You know all that stuff Google can do outside? iBeacon will allow that inside.

There are dozens of other things iBeacon will be able to do (this article is an example of another), but that's the most bare-bones way of thinking about it, I think.
Rating: 4 Votes

Bluetooth LE seems like a bit of a waste of time to me, what's wrong with battery-less, licence-free, standards-based RFID? Active RFID tags exist in addition to passive, whereas BT LE requires active tags which will need their battery replacing sooner or later.

About the only downside to RFID is it tends to be shorter range, but active tags increase the range significantly.


Batteries for iBeacons will last on average 2 years with iBeacons costing as low as $99.

Your worried about replacing batteries but are ok with implementing active RFID that use batteries also?

I think iBeacon is going to be much cheaper for retailers to implement then RFID. RFID you will need tags for each product you sell driving the price up. iBeacon you only need enough to cover the square footage of the store.

As a side benefit iBeacon can be used for indoor mapping between retail stores such as malls.
Rating: 3 Votes

WaxedJacket
I am just in the market for this kind of tech. I turn off most notifications on my phone because 99% of them are spam or distractions.

It's cool tech but I can only see it being abused and just another thing that will have to be managed by the end user.
Rating: 1 Votes

Santabean2000
I usually have BT switched off. And WiFi too for that matter. In fact I run my phone on airplane mode often when I know I'm unlikely to take or receive a call.

Am I paranoid about having so may radios blasting next to the Crown Jewels?
Rating: 1 Votes