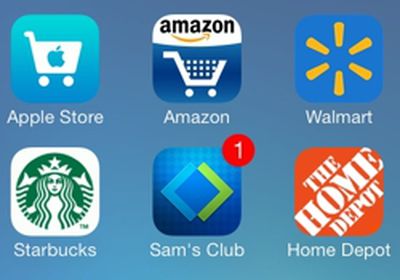 Though Apple's iOS market share numbers have fallen behind Android in the past year, the platform still leads for Black Friday shopping.

Further, purchases from iOS devices accounted for 18.1 percent of all online sales tracked, while Android only represented 3.5 percent.

Separately, a report from Branding Brand (via TechCrunch) found that iOS made up two-thirds of mobile site visits to 152 smartphone-optimized websites.

According Branding Brand, iOS sent 66.62% of mobile site visits on Black Friday, while Android sent just 32.97% of the 9.3 million total visits accounted for across the sample 152 smartphone-optimized websites. These visits produced 174,111 orders, with a $93.20 average order value – an increase of 22.08% in average order value over Black Friday 2012.


Further, purchases from iOS devices accounted for 18.1 percent of all online sales tracked, while Android only represented 3.5 percent.


Considering there are more android devices out there than iOS, that's pretty impressive.
Score: 13 Votes (Like | Disagree)

JackieTreehorn
Makes perfect sense, I wouldn't come near an Android with all its viruses and spam - let alone purchase anything on an Android.
Score: 12 Votes (Like | Disagree)

So let me get this straight.. you guys are happy that people buy more stuff on iOS devices over Android devices? May I ask why? This constant fanboy flag planting **** is ruining what we all really love. Why must you chose sides?

I currently have an iPad 4 (mine) an iPad 3 (my sons) and an iPad Mini (wife). I also use a Samsung galaxy S4 phone and have a new nexus 7. My wife uses a Nexus 4. I get the best of everything. If an app comes out for iOS that is not on Android, I get it.

I must say that my Nexus 7 is my daily driver at this point. A tablet is extremely useful screen real estate for widgets and the iPad just doesn't have them. Does it mean I hate Apple? Nope. Sure doesn't.

And don't give me this Eco-system **** either. The apps I use everyday are both on my Nexus 7 and my iPad. We use Kindle for books, Evernote, Netflix, Amazon prime for movies and such and you can do it all from both. I have to say that if you buy all of your **** from just Apple.. you're an idiot and you're overpaying.

Furthermore... people who spend money on black Friday are not the kind of folks I want to model my life after. Perhaps morons who are willing to overpay for **** prefer Apple exclusively.
Score: 10 Votes (Like | Disagree)

That was my thought, too. Given the dominance of Android devices, I have to wonder what all those Android owners are actually doing with their devices. Obviously, not shopping online...

I bought hundreds of dollars of Black Friday stuff via an Amazon app on an Android tablet (our house iPad just broke).

NONE of that would show up on this retail website report. Nor would any other App based purchases or activity.

These reports are advertisements for the product that creates the report. What they actually mean, is not always clear.

For example, this same report says that people in Atlanta out-shopped people in Los Angeles and Dallas and Houston, among many other big cities.

No, it just means more people in Atlanta went online to the web sites monitored by this report.
Score: 9 Votes (Like | Disagree)

That being said, I would never, EVER use a phone for any purchase. Not even to refill the prepaid minutes. I don't trust phones; and I never will.


But why? For all intents and purposes, ordering something online through Safari on your iPhone is exactly the same as ordering it through Safari on your Mac. As long as you're not infected with a keylogger, and the site you're ordering from has it's certs and security setup in working order, you're just as safe on one platform as you are on another.
Score: 8 Votes (Like | Disagree)
Read All Comments

Friday May 27, 2022 6:54 am PDT by Hartley Charlton
The "A16" chip for the iPhone will reportedly be manufactured with the same process as the iPhone 13's A15 Bionic, with Apple saving a bigger performance leap for the "M2" chip designed for its next-generation Macs. Meanwhile, the company is working on a "final" M1 chip variant that uses more powerful cores from the A15, according to the leaker known as "ShrimpApplePro." In a thread on...
Read Full Article • 155 comments